Seeds do not mean squat in 2016 NCAA Women’s Volleyball Division 1 Final Four as both No.1 and No.2 suffered defeats in the National Semifinals at „Nationwide Arena“ in Columbus, Ohio! 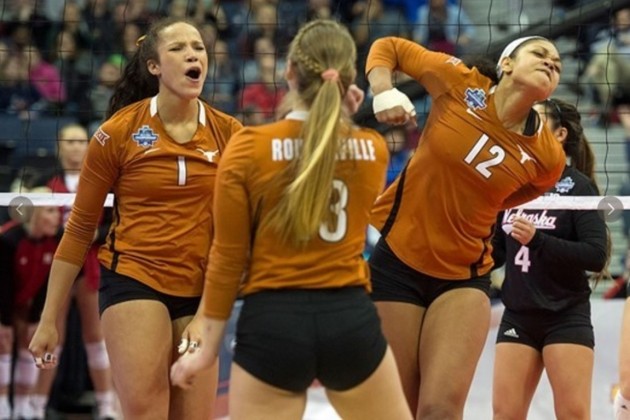 The Longhorns will face No. 6 Stanford in grand finale.

Seeking their first NCAA title since 2004, the Cardinal once again received valuable contributions from senior middle blocker Inky Ajanaku and freshman outside hitter Kathryn Plummer, who both totaled 15 kills. Senior outside hitter and also Big Ten Player of the Year, Sarah Wilhite, accomplished a double-double in her final match for Golden Gophers, with 25 kills and 13 digs.

See the BRACKET of the NCAA Women’s DI Volleyball Championship.

Recall the results in Regular Season, First and Second Round, regionals, individual stats and individual awards.

ITA M: Fromm simply can not stop to impress us (VIDEO)

CL W: When you realize you’ve just blocked the MVP of the Olympic Games (VIDEO)