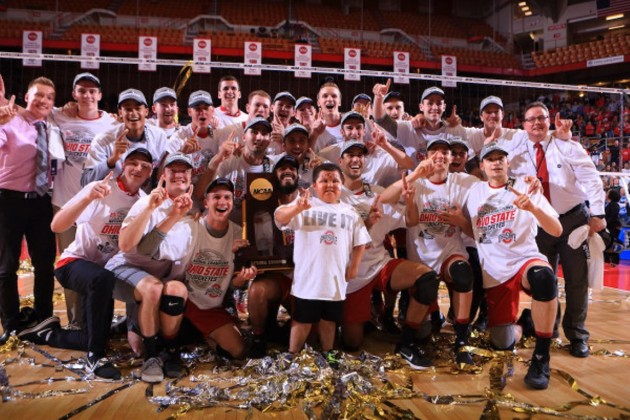 The Most Outstanding Player of this year’s Tournament, the French junior outside hitter from Ohio St, Nicolas Szerszen, led his team against BYU in front of 8,205 own fans at „St. John Arena“, Columbus, Ohio, with 16 kills. He was followed by compatriot, junior outside hitter Maxime Hervoir, who made 10 kills.

CZE W: What a celebration of Prostejov – Throw those crutches away, we are the champions! (VIDEO)

U.S. pro volleyball got itself the first...