CZE W: What a celebration of Prostejov – Throw those crutches away, we are the champions! (VIDEO) 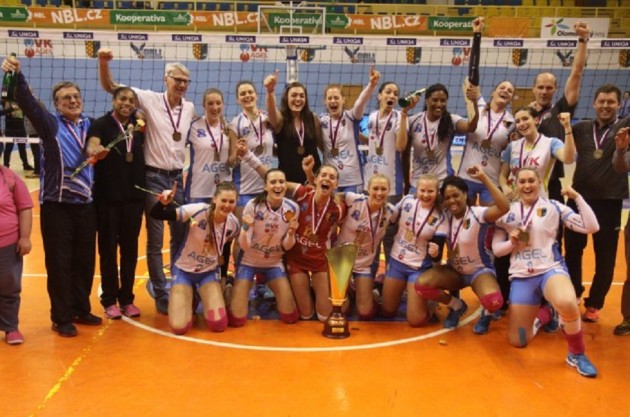 Nothing new in Czech Republic. Agel Prostejov have once again become the national champions, but it seems that this year they had the toughest job ever to win the title.

Apart from all previous seasons in which this team have been defeating their rivals by 3-0 in the final series, in the 2016/17 Finals Agel Prostejov had to play 5 games against UP Olomouc in order to defend the throne.

Finally, in Game 5 of the Finals, Agel Prostejov defeated UP Olomouc after a tie-break and won their 9th championship crown in a row! And just take a look at the players’ celebration… One of them even threw her crutches away just to give her teammtes a big hug.

RUS M: Another Russian giant is trying to sign Grozer!