Baki-Azeryol BAKU was eventually eliminated from the 2013 CEV Volleyball Cup – Women as on Thursday the hosts from Azerbaijan suffered their second defeat to Russia’s Omichka OMSK REGION, once again with the same score, 1:3. This and other volleyball news read on Worldofvolley.com. 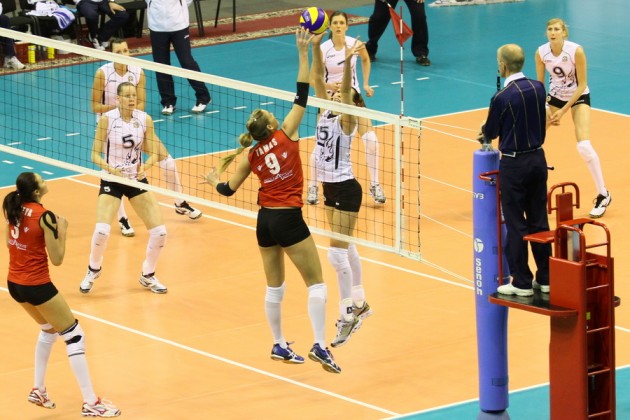 Omichka will play 2004 Tomis CONSTANTA of Romania in the Challenge Round that is scheduled for mid January.

Compelled to perform well after losing last week in Siberia, Baki started out very strong and set the pace by the first technical time-out of the first set (8:5). However, after that stop Omichka found its rhythm and flipped the charts around (12:9), going up by four points at the second technical time-out. Baki head coach Alexander Chervyakov stopped the game but it did not help as Omichka cruised to the final 20-25.

The second set was very close but with a strong performance in the final rush Omichka could move the count to 0:2 (20-25) helped by a great Natalya Mammadova while Baki libero Akiko Ino stood out on the other side of the net.

Baki fought bravely in set 3 (25-23) so that the match was prolonged but Omichka totally dominated the scene in the fourth (13-25) to pocket its pass to the Challenge Round.

ITA M: Comments of the CEV draw from Latina