Germany’s Aurubis HAMBURG will play its return match for the 1/8 finals of the 2013 CEV Volleyball Challenge Cup against Hapoel KFAR-SABA. Helmut von Soosten will have to motivate Imke Wedekind and her teammates for a different atmosphere. 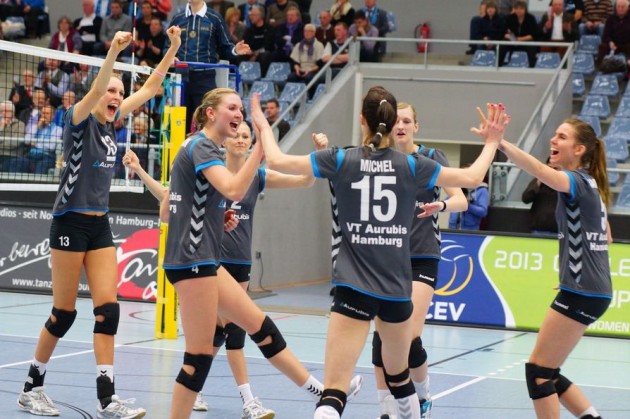 Even though they are approaching the 1/4 finals, the players of Aurubis had some troubles in the first fixture as they could not follow the instructions of their head coach Helmut von Soosten in the third set. As they travel to Israel, the players captained by Imke Wedekind will find a totally different ambiance – as temperatures there stand at around 20 degrees – but also will have to cope with the motivation of Hapoel to perform well in front of their home fans.

A combination of several factors – good serve, solid block and general consistency – would pave the way with gold for Aurubis. HAMBURG will also have to show some variations in offense in order to surprise the block-and-defense system prepared by their opponents, possibly by exploiting fast attacks, something that turned to be extremely successful in the third set of their home game.

Anyway, Aurubis needs to score an away win to make it to the 1/4 finals without having to play a golden set, so motivation and focus will have to be at their maximum to edge Hapoel once more.