Copra Elior PIACENZA edged once more CVC GABROVO in straight sets to qualify for the 1/4 finals of the 2013 CEV Volleyball Challenge Cup – Men. The best in the game were Hristo Zlatanov, Luca Vettori, Robertlandy Simon and Stanislav Petkov for CVC Gabrovo. 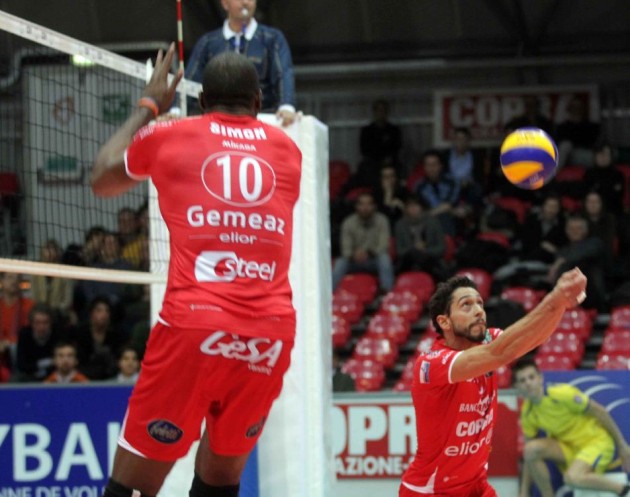 PIACENZA stood out in every single fundamental registering 12 blocks in the end plus 8 aces while their offensive play was also extremely solid. The final score line reflects the supremacy of the group captained by Hristo Zlatanov even though GABROVO attempted a kind of comeback in the third set.

Luca Vettori top scored in the game with 19 points well supported by Zlatanov with 8 while Luca Tencati and Cuban-born Robertlandy Simon registered 7 apiece to help their side make it to the next round where PIACENZA will be playing the winner of the clash starring Stroitel MINSK and Olympiacos PIRAEUS. Stanislav Petkov paced CVC GABROVO with 11 points.

Serbia: Partizan is not likely to surrender...