Rabita BAKU – probably the most cosmopolite team in the 2013 CEV Volleyball Champions League – prolonged this past week their winning streak in Europe’s most elitist competition by edging Dinamo KAZAN in the first round of the Playoffs 6. Marcello Abbondanza and Mira Golubovic shared their thoughts. 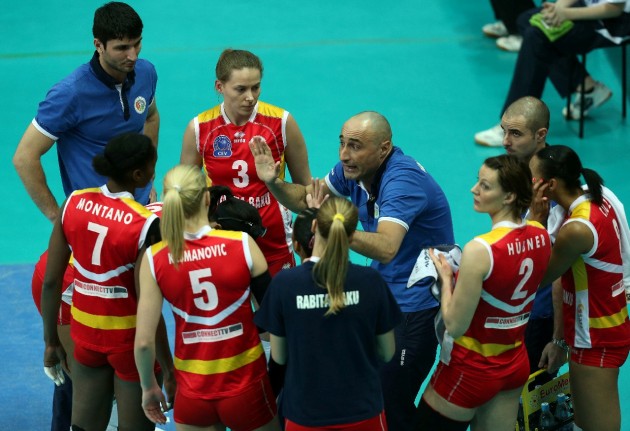 The silver medalists from the 2012 FIVB Club World Championship are now well ready for the return game that is coming up this Thursday, February 14, at “Sarhadchi Olympic Centre”, the last step along the way to the final four scheduled for March 9-10 in Istanbul.

“Dinamo KAZAN is a very strong team but some days ago we showed once again that we have a very good group that has set the highest goals for the current season. However, you can never predict what may happen in the return match. The girls will have to show the same approach they had in Kazan and I hope we will be able to score another win over Dinamo” says Rabita mentor Marcello Abbondanza (pictured).

“We are improving match after match and we are very happy that last week we could extend our positive series in this competition. We will remain focused and play our own game in order to accomplish our mission to qualify for the final four” team captain Mira Golubovic adds.