Fenerbahce SK ISTANBUL qualified on Tuesday for the finals of the 2013 CEV Volleyball Cup – Women after losing the return game to Uralochka-NTMK EKATERINBURG of Russia but seizing the golden set (15-11) to back up their home win from last week. Read the latest news from volleyball world on worldofvolley.com. 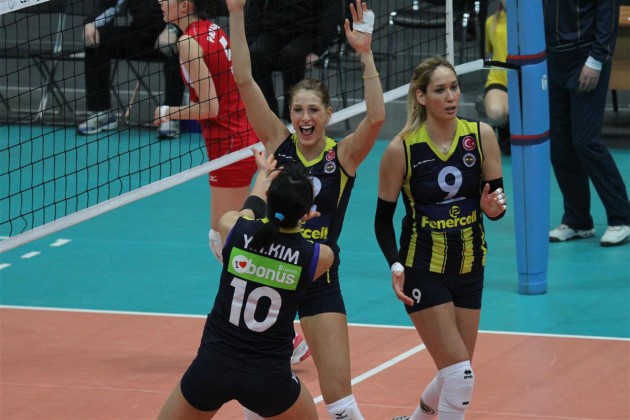 Fenerbahce got the right edge going into this second fixture by scoring a 3:0 home win last week at “Burhan Felek” Volleyball Hall. However, the hosts of Uralochka made it clear right from the start of the game that they were not going to bury their hatchet that quickly and helped by Cuban Yumilka Ruiz – a former world and Olympic champion who has come out of retirement after 4 years of inactivity – they cruised to a speedy straight-set win.

Still Fenerbahce could unleash their potential and quality in the golden set that followed and anchored by Korean Kim Yeon-Koung – voted MVP at the 2012 Olympics in London and best scorer in the end with 20 points – the Turks could seal the deal and celebrate their qualification for the very last act of the competition. After starring for the past three consecutive seasons in the CEV Volleyball Champions League – thereby claiming one gold, one silver and one bronze medal – Fenerbahce will be trying to add yet another trophy to their unique showcase.

Argentina: The balance of the return of...