Zaksa KEDZIERZYN-KOZLE is the very first team to join the hosts of Lokomotiv NOVOSIBIRSK for the final four of the 2013 CEV Volleyball Champions League – Men. Zaksa did so by claiming also the return match of their Playoffs 6 fixture with Turkey’s Arkas IZMIR. 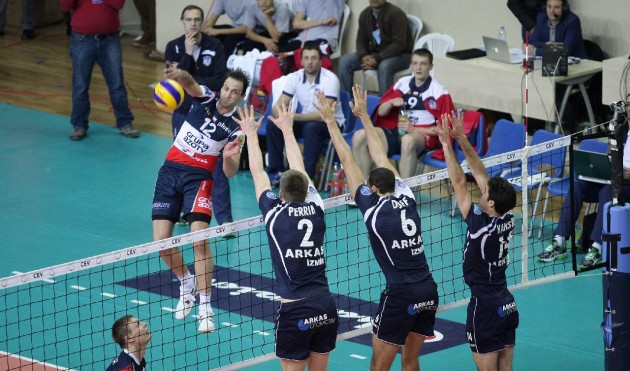 Arkas IZMIR – that last year had turned into the first team from Turkey able to make it to the final four – hoped very much to repeat that same feat but though Colombian home hero Liberman Agamez scored 25 points all alone, he eventually did lose the battle with Zaksa opposite player Antonin Rouzier who registered 27 along the way to his winning effort.

“First of all I want to congratulate our opponents” Arkas head coach Glenn Hoag says. “They played really well tonight, especially from the serving line. We had some problems in reception while their block-defense system was almost impeccable. They did not allow us to play our game. They deserved to win tonight and I wish them the best of luck for the final four”.