Poland’s Bank BPS Fakro MUSZYNA will be playing on Wednesday the first final match of the 2013 CEV Volleyball Cup by hosting Turkey’s Fenerbahce SK ISTANBUL. This is the very first time in history the side from this tiny village has made it to the last act of the European Cups. Read the latest news from volleyball world on worldofvolley.com. 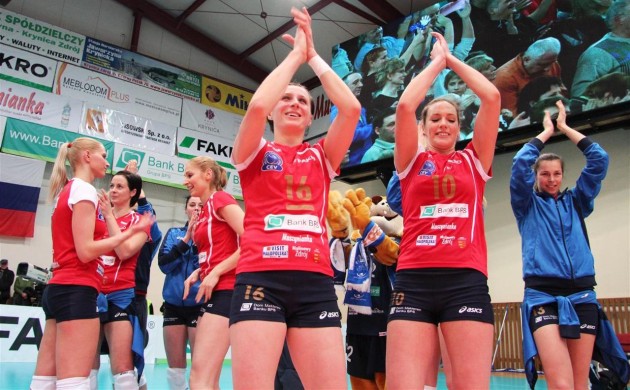 After coming down from the prelims of the 2013 CEV Volleyball Champions League – where the team finished third in Pool F – Bank BPS Fakro edged the compatriots of Aluprof BIELSKO-BIALA in the Challenge Round before besting Russia’s Omichka OMSK REGION in the semis.

The team is in full swing also in the national league, topping the standings there at the end of the regular season.

Fenerbahce SK ISTANBUL – winner of last year’s CEV Volleyball Champions League – did easily dispose of their opponents so far in the competition, including Poland’s Tauron MKS DABROWA GORNICZA and Russia’s Uralochka-NTMK EKATERINBURG in the Challenge Round and in the semis respectively.

“Fenerbahce is definitely a much tougher opponent than those we played in the previous rounds” Bank BPS Fakro MUSZYNA head coach Bogdan Serwinski says. “However, we are happy that we can play such a strong and decorated side in the last act of our European campaign for this season” he concludes.