Delecta Bydgoszcz won the second leg of the Challenge Cup semi-final against Ural Ufa 3:2. However, volleyball players from Russia went to the finel, with winning the gold set. Michael Many didn't play for Piotr Makowski's team, Leandro Vissotto didn't play for Ural. 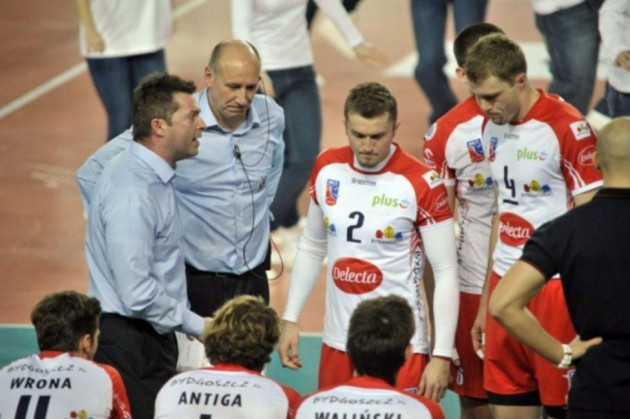 In the first game in Ufa Piotr Makowski‘s team lost 1:3. Delecta had a chance to get to a tie break, but made errors in the attack at the end of the fourth set, they didn’t use two set balls.

In the rematch, they played in front of their audience much better, but at the crucial moments once again lost thanks to their own mistakes.

Michal Masny was in the team, Brazilian Leandro Vissotto entered in the fifth set.

The hosts won the first set, but then lost the next two. They picked up their game in the fourth to get to a tie break.

The winner had to be decided in the golden set. Ufa started with a 1:5 lead. Bydgoszcz caught up 12:13 but made two errors and the Russian team won.

The top scorers were Konarski with 20 points for the home team, Panteleymonenko had 27 for the guests.