CEV CC M: Alexey Kazakov – “I have to congratulate our opponents”

Though Delecta BYDGOSZCZ scored on Saturday a 3:2 home win in the return match of the semis, Ural UFA claimed the golden set that followed (15-12) to make it to the final of the 2013 CEV Volleyball Challenge Cup and play there Italy’s Copra Elior PIACENZA. 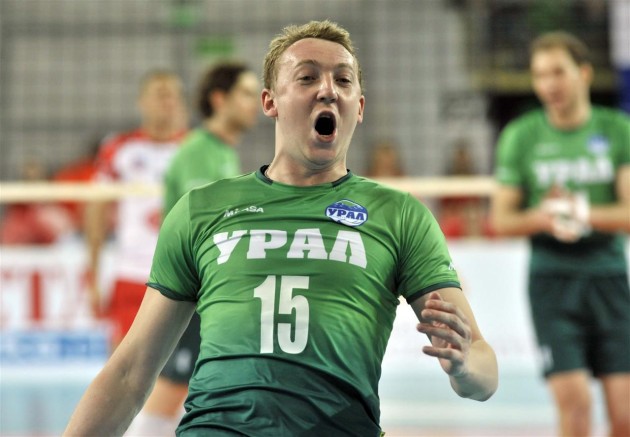 Delecta team captain Wojciech Jurkiewicz could not hide his disappointment during the press conference that followed the game: “We could achieve only half of the goals we had set for this game. Though we won the match it wasn’t enough to make it to the final as the golden set went to our opponents. We can’t blame ourselves as we played our best and it was just a question of bad luck”.

“I have to congratulate our opponents because they played an amazing game and we are really impressed by the quality they displayed today” Ural UFA team leader Alexey Kazakov said. “This time Delecta could line-up their starting setter Michal Masny and this literally changed the game in comparison with the first clash we had in Ufa. We had some more luck in the golden set and could finally make it to the next round”.

“I first of all would like to congratulate our opponents from Russia as they were better than us today” Delecta mentor Piotr Makowski said. “They have got great individual players who simply compose a great team. I wish them all the best for the final match with PIACENZA. I also have to thank my players who played superbly today though we failed to win the golden set”.

“I am evidently happy with this win as this was a tough match. We eventually could make it through at the golden set and advance to the final” concluded a delighted Angiolino Frigoni, the Italian-born head coach of Ural UFA.

CEV CC F: Avital Selinger – “We have accomplished our mission”