Istanbul, Turkey, February 27, 2012. After scoring a fantastic 3:0 away win last week in Azerbaijan, Fenerbahce Universal ISTANBUL – the undisputed leader of Turkey’s national league – is ready to challenge once again the 2011 club world champions of Rabita BAKU for the return round of the 1/4 finals in the 2012 CEV Volleyball Champions League. 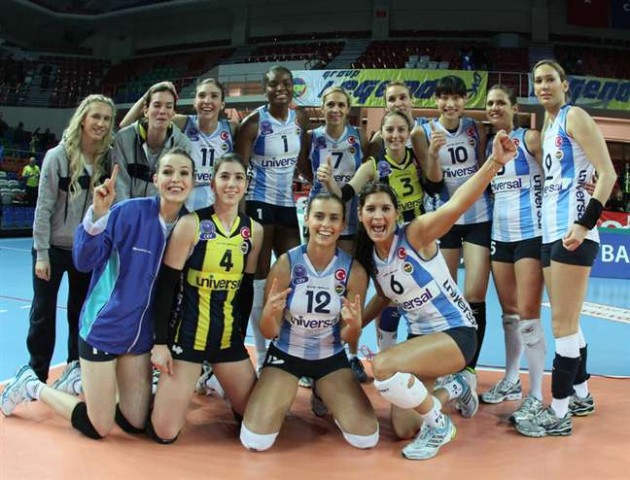 If successful, Fenerbahce Universal would qualify for the final four of Europe’s finest competition for the third consecutive season.

“We played a perfect match last week in Baku and with this away win we got closer to the final four” says head coach Zé Roberto.

“However, everything will be decided by the upcoming game here in Istanbul since we need to score another win to make it to the top four. We are training very intensively, even more than we did for the first match in Baku, as everyone – players and staff – is aware of the importance of this game. We expect that our fans will be massively resuming to the sports hall in order to share some special moments” he adds.

Only a couple of days before the second clash with Rabita scheduled for Wednesday at 7:30 pm local time, captain Seda Tokatlioglu stresses: “We have claimed the first game last week but we want to go for more. We will be playing passionately and with the right focus, of course having our great supporters behind us as usual”.

ITA A1: Newsletter Lega Volley: Round 20 in numbers