CEV CUP W: Romanian heroines are looking for another sensation in Constanta

Constanta, Romania, March 12, 2012. After delivering a stellar performance in the Challenge Round of the 2012 CEV Volleyball Cup to edge Russia’s Dinamo KRASNODAR, Romania’s 2004 Tomis CONSTANTA advanced to the semis thereby contributing a unique scenario since the guys of Tomis CONSTANTA have also made it to the best four in the 2012 CEV Volleyball Challenge Cup, so a couple of semis for the European Cups will be played this Wednesday there on the shores of the Black Sea. 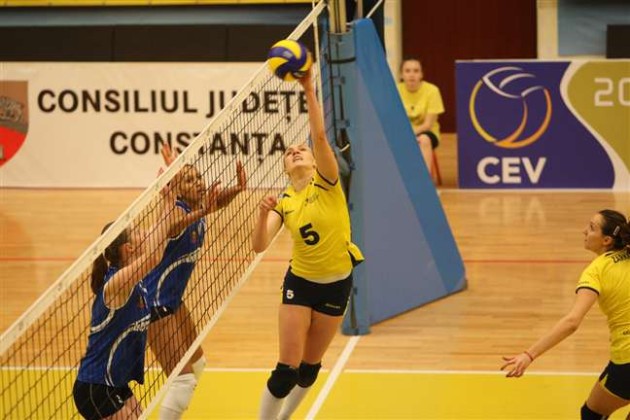 Romanian heroines are looking for another sensation in Constanta

The next opponent for the ladies of 2004 Tomis CONSTANTA is Turkey’s Galatasaray ISTANBUL, the real pre-favorite of the competition, while the men – after downing Maccabi TEL AVIV – will be confronted by Poland’s Politechnika WARSZAWSKA.

After being eliminated in the prelims of the 2012 CEV Volleyball Champions League, the local heroines went beyond all expectations as they edged twice one of Russia’s strongest sides, Dinamo KRASNODAR, in the Challenge Round of the CEV Cup after a trip that lasted for a total of 42 hours and they are evidently now wanting for even more glory.

The match with Galatasaray is scheduled for Wednesday at 20:30 local time after completion of the men’s semifinal, and on Thursday the Romanian champions will head to Turkey to get ready for the return match which is slated for Sunday, March 18.

ITA A1: Loss without fight against Roma