Moscow, Russia, March 12, 2012. Dinamo MOSCOW is about to continue its campaign in the 2012 CEV Volleyball Cup playing Acqua Paradiso MONZA of Italy in the semifinals. 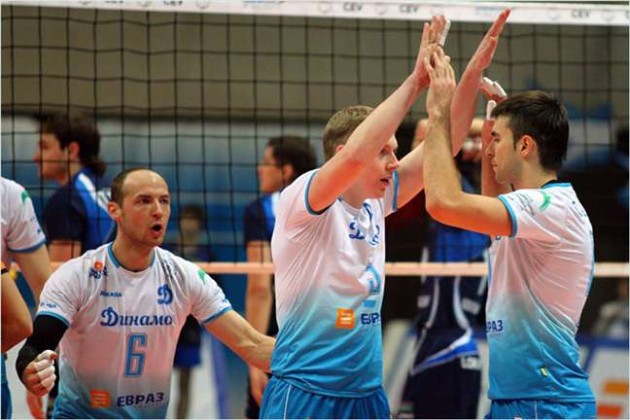 Dinamo is only one step away from the finals

In the semis of the Superleague their opponent will be Iskra ODINTSOVO with the finalist being determined as a result of a series to be played with the format “best of five”.

On Wednesday Dinamo will play the Italians in Monza for a match that is extremely important in order to advance to the last act of Europe’s second most important club competition.

Dinamo has a good record from the CEV Volleyball Champions League, having finished second twice and added the bronze medal another two times and this time will be trying to make it to the final of the CEV Cup.

Back from Italy, the Russians will play their return match with MONZA next Sunday with the interest of the media and fans around this game being already huge.