Acqua Paradiso Monza Brianza is ready for the semifinals of CEV Cup with Russian Dynamo Moscow. 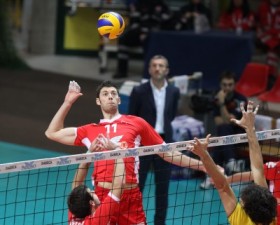 The winner of the match between Asseco Resovia Rzeszow and ACH Volley Ljubljana in another semifinals, will play in the finals.