Cyprus will host this weekend the women’s national teams of Liechtenstein, Luxembourg and Scotland as the final round of the 2012 CEV Junior Volleyball European Championship – Small Countries Division takes place at “Spyros Kyprianou” Sports Centre in Limassol. 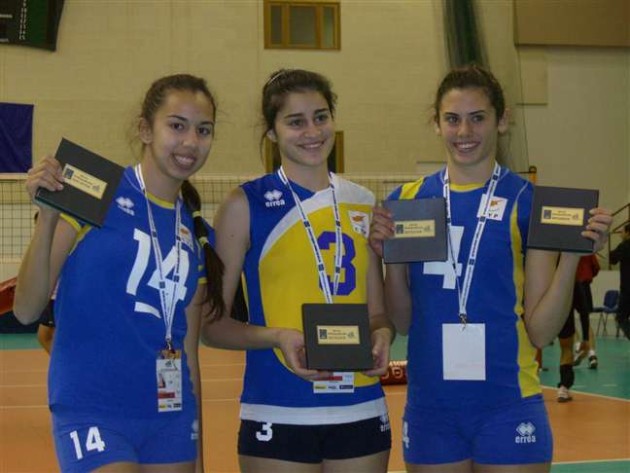 Since this competition was introduced back in 2006, Luxembourg has dominated the scene by sweeping all previous editions with Cyprus regularly finishing second. This time the real supremacy of the Grand Duchy will be challenged not only by the hosts of Cyprus but also by Liechtenstein that already edged Luxembourg this past January as a qualifying event for this final round was hosted by the Faroe Islands.

Luxembourg and Liechtenstein will open the program of the tournament this coming Friday at 16:00 local time (15:00 CET) for a game that is very much anticipated.

As for Cyprus, the home heroines do not simply enjoy the home advantage but are also well prepared – physically and mentally – to embark on a quest for gold. Cyprus’ first game on Friday will be against Scotland that is debuting in the final round of this Championship but did already demonstrate its strength this past January after finishing second at the qualifier held in Malta.

“This competition represents a very good opportunity for our young players – most of whom will be eligible to compete in the junior division also in 2014 – to test their skills and strengths while playing their friends from other European countries” says local head coach Manolis Roumeliotis.

“We are well ready for this competition and our goal is to please the home crowd in Limassol with a gold medal. However we still need to prove ourselves on the court and so we have to wait and see how things finally turn out” adds team captain Ioanna Leonidou.

“We have been training hard and intensively for this tournament and we are ready to give our best to achieve our goal to finish on top of the podium” stresses outside hitter Nikoletta Stylianou, who was voted MVP of the qualification tournament in Malta.