On the first day of the European Olympic Qualification in Sofia, the Italian national team of Mauro Berruto will confront the team from Finland. Then Savani and his teammates will play the match against Germany on Thursday and will close the preliminary round with the challenge against Slovakia. 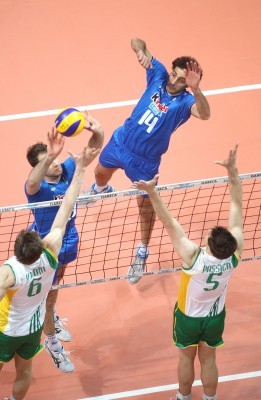 In the first stage, the Italian players will face three teams. Against Finland the Blue team played twice (won in both matches) at the last continental competition in Austria. The team from Germany promises to be the strongest among three rivals in the group. Grozer and his teammates proved to have physical qualities to play very well. Finally, Slovakia, the revelation of the last European championship, is no longer coached by Zanini.

In the other group the hosts from Bulgaria and Serbia, the continental champion, have the odds in their favor. However, Spain and Slovenia will not be consideredas the weak opponents.

If the tournament starts with difficulties, then two days of final will be much more difficult for the winners of their groups. Italians will do their best to qualify, otherwise they will have one more chance to go to London at the Intercontinental Championship that will be held in Verona from 8th to 10th June.