Canada used a 15-3 block advantage to sweep Puerto Rico 25-19, 25-20, 25-13 on Tuesday during the second day of the NORCECA Men’s Continental Olympic Qualification Tournament at the Walter Pyramid in Long Beach, Calif. Canada improves to 2-0, while Puerto Rico falls to 0-2. 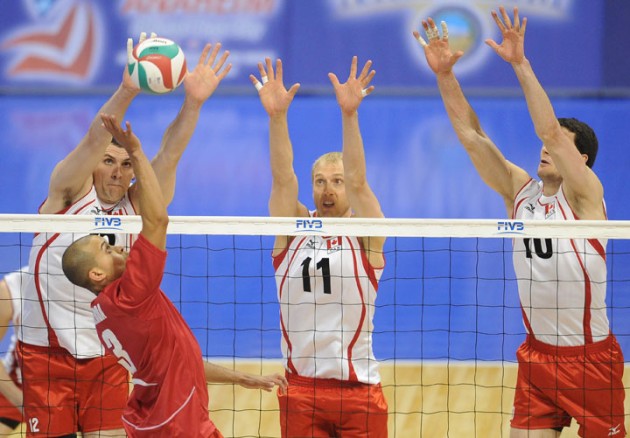 Canada concludes on Wednesday against Cuba (2-0) at 18:00 with the winner capturing first place in Pool B and bye into the semifinal round on May 11. Puerto Rico (0-2) faces Dominican Republic (0-2) at 13:00 with both needing a victory to earn a spot into the quarterfinal round and stay alive for the gold medal and spot into the 2012 Olympic Games.

“We’ve been working on our technique and system and had it drilled into our heads. In the last three years the light has gone on.”

“We need to play better defense because we are lacking everything else,” Puerto Rico Coach Carlos Cardona said. “We can do better.”