The XXXIII CEV General Assembly scheduled for this weekend in Luxembourg City will adress various European Championship that are scheduled for 2014 and 2015. A total of 47 National Federations – out of 55 members – have confirmed their attendance. Andre Meyer will open the Congress. 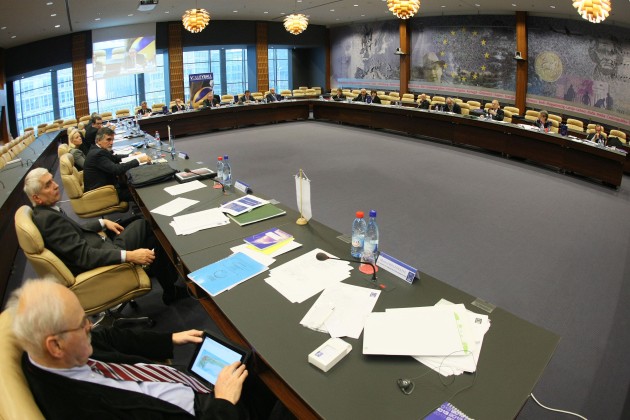 The CEV Congress will be officially opened by CEV President André Meyer on Friday afternoon and preceded by the welcome addressed to all attendees by some of the highest authorities from the Grand Duchy of Luxembourg, including Sports Minister Romain Schneider, the Mayor of Luxembourg City Xavier Bettel and the President of the Luxembourgish Olympic Committee, André Hoffmann.

Actually this intensive weekend already got started for the CEV institutional bodies with a meeting of the Executive Committee and Board of Administration on Wednesday and Thursday respectively and with the arrival of the various delegates that already got together via the separate Assembly scheduled for the various Zonal Associations established under the umbrella of the CEV.

On Friday CEV President André Meyer will be briefing the audience with a detailed activity report summing up the great achievements of the past months and looking already ahead as there are quite many challenges to be taken up to make sure Volleyball will be enjoying an even brighter future. The intervention of the CEV President will be followed by reports of all Commissions Presidents as well as by presentations worked out by the organizers of future CEV events thereby certifying the state of the art of their respective projects and plans to turn their Championship into a real festival for all those who work for the good of Volleyball and Beach Volleyball.

This year’s Congress is not elective but nevertheless stands out as the real highlight of the CEV institutional life, helping find a consensus about the actions to be implemented and strengthen the cooperation between the CEV and its members.

As most of the representatives in attendance have already found their way to Luxembourg, an official dinner is offered on Thursday night by one of the CEV major partners and suppliers, Mikasa Co. Ltd., whose cooperation with the European Volleyball Confederation was prolonged last year – in combination with the XXXII CEV General Assembly in Vienna – also for the quadrennial leading up to the 2016 Rio Olympics. Mikasa and the CEV are daily working together to make sure that all competitions are played at the highest level and the attendance of Mikasa representatives at the CEV General Assembly testifies once more the synergy and fruitful cooperation these parties have been able to develop in the past years.