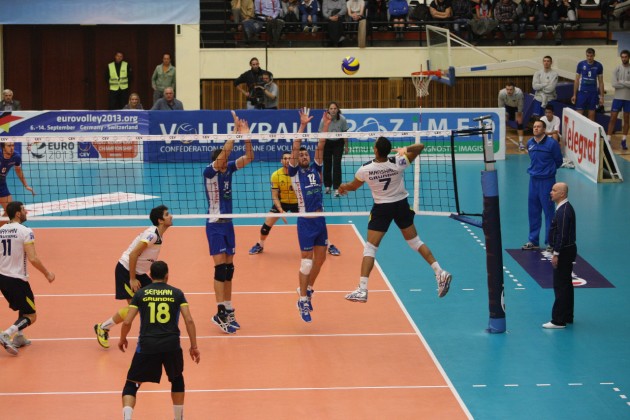 Fenerbahce actually caught the better start going up 8:6 in the first set but Tomis fought back to set the pace at 12:10 and 16:11; Fenerbahce attempted a comeback, reducing the difference to only two points (18:16), but Tomis brought it home quite easily with the score of 25-18.

The hosts opened strong also in the second set (8:7 and 10:9) but Fenerbahce flipped the charts around (13:16) supported by Ivan Miljkovic, who scored 14 points all alone in this match. However, Fenerbahce could not find a way to stand the serve of Dan Borota and Tomis cruised to the front (19:16); after a tie at 21, helped by the loud home fans, Tomis wrapped it up at 25-23 for the 2:0.

“We tried our best but it just did not work. Many things will change anyway for the return match in Istanbul” added Miljkovic.

“Players and fans did a great job tonight. We knew what we had to do to win this game and this is an extremely important win for our club” said home mentor Radovan Gacic.

“We knew we needed a win to remain in contention for a spot in the next round. Fenerbahce is a good team and the return game in Istanbul will be difficult” added Tomis setter Javier Gonzalez.