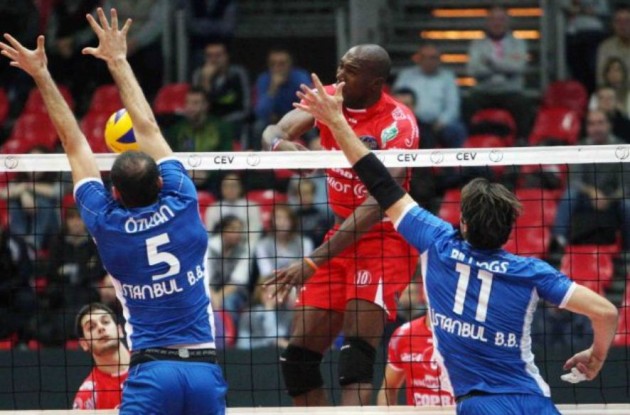 After two years of abstinence from European Cups, Copra Elior Piacenza scored its first win in PalaBanca. In just over an hour they won 3:0. Simon scored 15, 6 blocks, Fei (16 points including 5 blocks), Zlatanov (12 points) and Papi (7 points). De Cecco had a good game. Piacenza had 17 blocks against the Turks 5.

In the first set Piacenza led 4-2 with the ace of Fei. After many errors it was 8:8. After six blocks, Piacenza created a decisive break to keep a safe distance (16:11). De Cecco closed the first set with a block 25-19.

Luca Monti (Copra Elior Piacenza coach): “After a bad game against Cuneo whole team wanted to show how they can play. Every single player wanted this victory. We still need time to achieve our full potential. Next week we go to Istanbul to score another victory, trying to avoid the golden set.“