The second home match for SCHWERINER SC in this year’s CEV Volleyball Champions League is coming up on Wednesday with the side from Germany playing a re-match with Robur Tiboni URBINO. Read latest volleyball news on Worldofvolley.com. 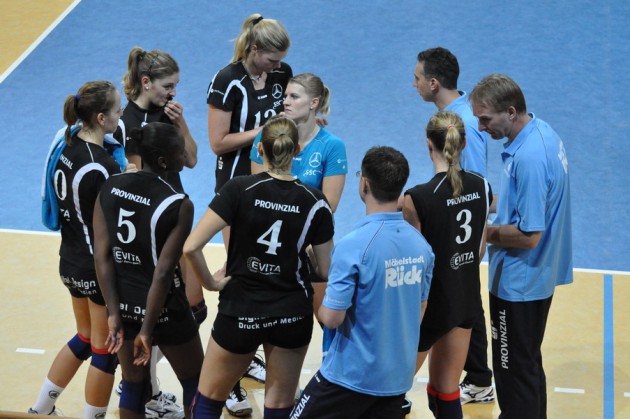 Even though the side around head coach Teun Buijs is considered an underdog in Europe’s most elitist competition, the campaign of SCHWERINER SC had started with a real sensation and namely with a 3:2 home win to edge last year’s bronze medalists of Dinamo KAZAN. After that, the team was stopped – at the end of a real marathon and a breathtaking tie-break – by Romania’s 2004 Tomis CONSTANTA before losing to URBINO, and hence the group needs to get back on track by scoring a positive result in their second match-up with the Italians.

After a sloppy start and two consecutive defeats in Pool E, URBINO – a real rookie in this competition – claimed its first historic win last week and hence the return in Germany is crucial to determine the chances of these sides to eventually advance to the Playoffs 12.

CL W: Eczacibasi is in full swing after three rounds of play