CL W: Eczacibasi is in full swing after three rounds of play

Eczacibasi VitrA ISTANBUL will be playing this coming Thursday DRESDNER SC of Germany with the intention to firmly keep the top position in the standings of Pool D. Read latest volleyball news on Worldofvolley.com. 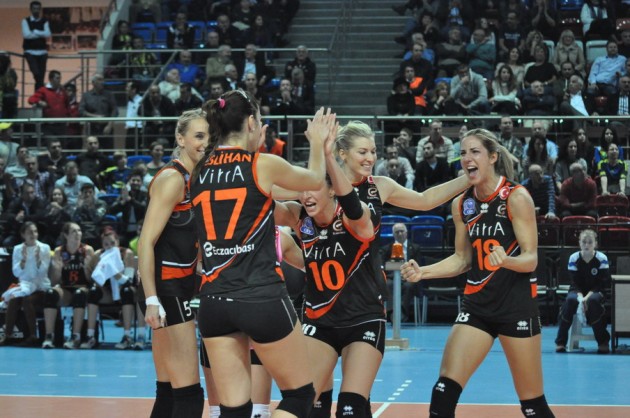 After edging the side from Saxony this past week in straight sets, Eczacibasi kept momentum by scoring another 3:0 win, this time in the national league and against another standout of Turkey’s Volleyball, Fenerbahce.

“We have been improving from match to match” says head coach Lorenzo Micelli. “DRESDNER SC is a strong team and they have some young stars included in their roster. They showed their potential and skills in the first set of last week’s game and we know what they can do. However, we have experienced players and we are well ready to fight. We expect many supporters will come to the sports hall and cheer on us” he adds.

Team captain Esra Gümüs states: “We caught a good start in the Champions League with three consecutive wins. DRESDNER SC is the prototype of a German side that never stops fighting. We would like to stretch our winning streak in front of our supporters and our ultimate goal is to qualify for the final stage of the competition”.