President of Qatar Volleyball Federation (QVO) Khalid Ali Al-Mawlawi will arrive on Wednesday to watch the Champions League match PGE Skra Belchatow - Tomis Constanta. He will be hosted by Konrad Piachocki. He wanted to attend the match with Dinamo Moscow but postponed the visit. 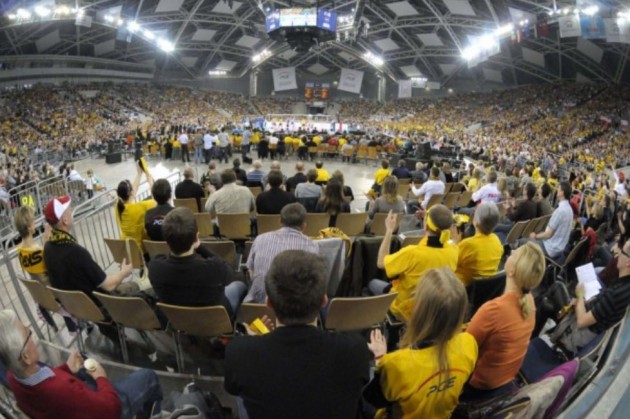 During the Club World Championship in Doha, in which PGE Skra won the bronze medal, president Al-Mawlawi asked to speak to the President of Skra Konrad Piechocki. “The president wanted to why is volleyball so successful in Poland. He knew that volleyball has become very popular here” Piechocki says.

Piechocki invited him to a Champions League match. Initially, President Al-Mawlawi wanted to attend the game with Dinamo Moscow, but eventually postponed his visit for this Wednesday. “Volleyball is building its popularity in many countries. Three times we were in Qatar, and each time we were able to enjoy the organization of the Club World Championship. I am convinced that our sport can succeed there” Piechocki finished.