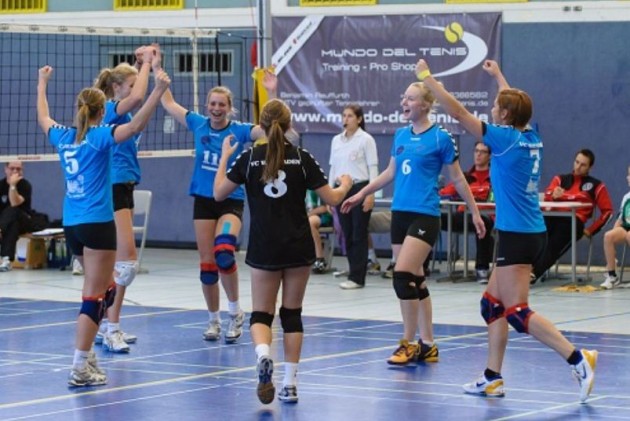 In Bundesliga they won last seven, and with three remaining matches thay can reach the record which is ten games.

“Of course it’s a nice, but we never pretended that this was our objective. In addition, on Saturday at Dresden we will have a really tough job. We do not want to burden the players with such number games” Andreas Vollmer said.

“As soon as such a series occures, we try not to think about it, everyone just waits for the next game” says captain Regina Burchardt.

“We focus exclusively on Dresden now. We are currently playing like this because everyone gives 100 percent, and we are always positive, even if somethimes it goes wrong. I will play a final in 2013, whether in the cup or in the championship” Montenegrin Ksenija Ivanovic said.