CEV CC M: Olympiacos made a good start against Levski

Olympiacos was the winner of the conflict between the former and Levski Sofia by overpowering its opponent by 3-1 for the Cev Challenge Cup. Read more about latest volleyball news, games reports, and statistics on WorldofVolley. 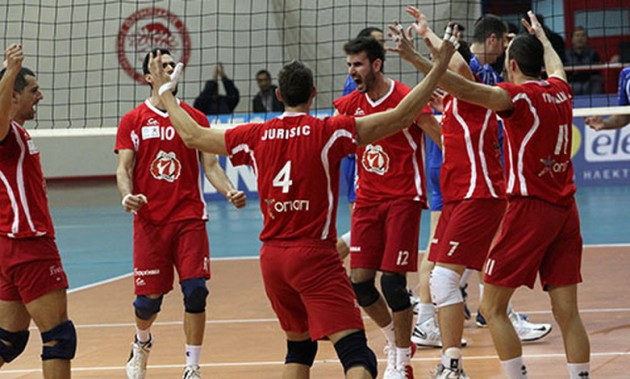 Everybody would think that would be a very hard game for both of the teams since Levski is consisted of national players of Bulgaria but Olympiacos was slightly a better team last evening. Everybody expects though that the game in Sofia will be a much different case since Levski is one of the best teams in Bulgaria and much stronger in its own court.

The characteristic of the game was that two ex-Olympiacos players played for Levksi, Krasimir Gaydarski and Kristof Tsvetanov and they had to play against Boyan Yordanov (that comes from the academies of Levski), Kostas Christofidelis and Menelaos Kokkinakis.

As for the game itself Olympiacos seemed to have a good service and defense, and although it was pressed a lot, managed to stay focused. At the third set the role of its middle blockers was crucial and helped the team to get the set. Valentine Bratoev and Aleksandrov pressed the team of Pireaus with good services that disorganized  the Greek reception.

POL W: Matlak is no longer the coach of Atom Trefl SOPOT