Knack ROESELARE will be playing Zenit KAZAN for the last round of prelim action in Pool A. Zenit has roster a that includes five players – Nikolay Apalikov, Alexander Volkov, Yury Berezhko, Maxim Mikhaylov and Alexey Obmochaev – who won Olympic gold. 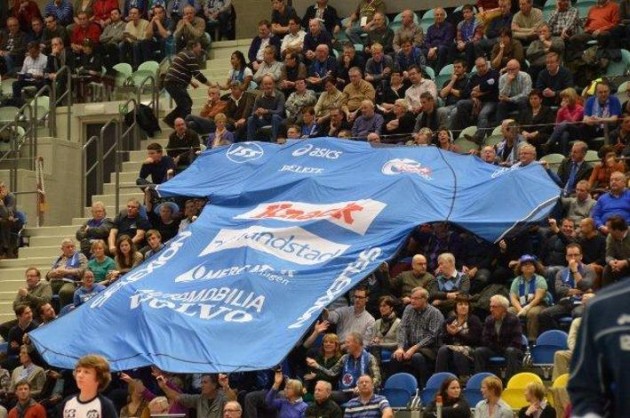 Zenit KAZAN is not just the winner of the past edition of the CEV Volleyball Champions League, but also a four-time national champion, with a roster that includes five players – Nikolay Apalikov, Alexander Volkov, Yury Berezhko, Maxim Mikhaylov and Alexey Obmochaev – who won Olympic gold this past summer under the guidance of head coach Vladimir Alekno.

It is not yet clear if Zenit will travel to Belgium with its best players having already secured the leadership in the group with five consecutive wins and no sets conceded to its opponents.

However, US American middle blocker David Lee will surely be part of the group after he was recently transferred to compensate for the injury of Volkov. Lee is also an Olympic champion from Beijing 2008 and as per the rules of the Russian Superleague – where he spent also the past seasons – is eligible to play only in the European Cups.

Against this world-class opponent Knack will try to claim the points needed to make it to the Playoffs 12 in a fight that is being joined by the second-ranked teams of the other groups, i.e. Zaksa KEDZIERZYN-KOZLE, BERLIN Recycling Volleys, Dinamo MOSCOW, Arkas IZMIR and Asseco Resovia RZESZOW.