Scottie Pippen – one of the 50 greatest players in NBA history

Scottie Pippen (born September 25, 1965) is a retired American professional basketball player who played in the National Basketball Association. He is most remembered for his time with the Chicago Bulls, with whom he was instrumental in six NBA titles and their record 1995–96 season of 72 wins. Pippen, along with Michael Jordan, played an important role in transforming the Bulls team into a vehicle for popularizing the NBA around the world during the 1990s. WorldofVolley brings you the latest volleyball news. 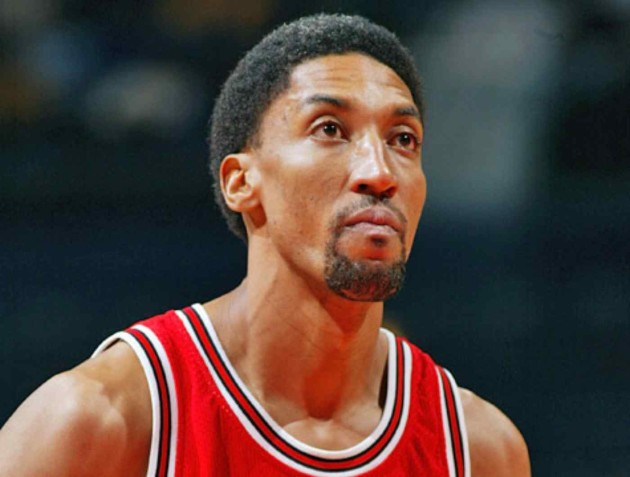 Considered one of the best small forwards of all time, Pippen was named to the NBA All-Defensive First Team eight consecutive times and the All-NBA First Team three times. He was a seven-time NBA All-Star and was the NBA All-Star Game MVP in 1994. He was named one of the 50 Greatest Players in NBA History during the 1996–97 season, and is one of four players to have his jersey retired by the Chicago Bulls (the others being Jerry Sloan, Bob Love, and Michael Jordan). During his 17-year career, he played 12 seasons with the Bulls, one with the Houston Rockets and four with the Portland Trail Blazers, making the postseason sixteen straight times. Pippen is also the only person to have won an NBA title and Olympic gold medal in the same year twice (1992, 1996). Pippen was inducted into the Basketball Hall of Fame on August 13, 2010.

The Bulls retired Pippen‘s jersey number in a ceremony on December 9, 2005. The team played against the Los Angeles Lakers that night, and Pippen was reunited with Phil Jackson, Michael Jordan, Dennis Rodman, and Horace Grant during the ceremony. Pippen’s 33 joined Michael Jordan’s 23, Bob Love‘s 10, and Jerry Sloan‘s 4 as the only numbers retired by the Bulls.

In January 2008, Pippen made a brief comeback to professional basketball at age 42, when he made a tour of Scandinavia and played two games for top Finnish league team Torpan Pojat (ToPo), and top Swedish league team Sundsvall. In his first game, on January 4, Pippen scored 12 points in ToPo‘s 93–81 win over Porvoo. He registered nine points and nine rebounds in a 98–85 win over Honka on January 5.[16] In his third game of the tour, Pippen registered 21 points, 12 rebounds, six assists and two steals in 30 minutes in a 102–74 Sundsvall Dragons win over Akropol of Rinkeby. The Dragons paid Pippen $66,000 for his appearance.

Pippen returned to the Bulls on July 15, 2010 as a team ambassador. In 2012, he was named senior advisor to Michael Reinsdorf, the Bulls’ president and COO.

Check out our Did you know? section, every Friday a new story! Tomorrow read about: GB athletes head to the Job Centre after London 2012

Pete Sampras one of the greatest tennis...