The full-scale rebellion has occurred in the Polish Women’s Volleyball National Team! 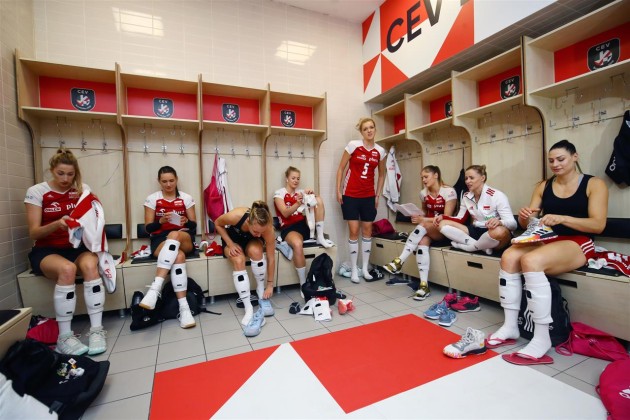 Polish media revealed that as many as 13 players of the country’s female national team composed a letter of resentment, signed it and sent it to the federation President Jacek Kasprzyk, two months ago. They wanted a resignation of the head coach Jacek Nawrocki. Przegląd Sportowy revealed what exactly was the content of the letter that turned out to be only a consequence of the previously expressed rebellion that did not reach the media.

“In connection with emerging opinions about the conflict between the coach and players, saying that a small group of players incited unfavorable opinions from the rest of the team, we would like to state that the position presented by Joanna Wołosz and Malwina Smarzek-Godek is the team’s deliberate opinion,” was written in the letter that was signed by 13 players including the captain Agnieszka Kąkolewska, Joanna Wołosz, Malwina Smarzek-Godek, Katarzyna Zarśnińska-Król, Paulina Maj-Erwardt, Martyna Grajber, Zuzanna Efimienko-Młotkowska, Natalia Mędrzyk, Klaudia Alagierska, Martyna Łukasik, Marlena Kowalewska, Aleksandra Wójcik and Kamila Witkowska. From the squad that competed in the 2019 EuroVolley (Poland came in fourth), only the signatures of the youngest players Maria Stenzel and Magdalena Stysiak are missing.

Prior to the letter, Wołosz and Smarzek-Godek presented allegations against head coach Nawrocki, which are mostly connected to the lack of the communication with him that was piling up, during a meeting with the federation President Kasprzyk in Warsaw on September 9. The President of the Polish Volleyball Federation (PZPS) took the side of Nawrocki in a dispute with players and decided to extend the contract with him until 2022.

“We are not going to force anyone to play. It’s hard because there are several young players who can get a chance. Maybe we need to do what they did in the women’s team of Serbia where, a few years ago, there was also a rebellion against coach Zoran Terzić. The federation threatened players with withdrawing certificates and the rebellion has ended. Terzić is still leading the team with great success,” Kasprzyk stated for Przegląd Sportowy.

TUR M: Ziraat come back from 0-2 to 3-2 in Ankara derby against Halkbank

What rebellion against Terzic?