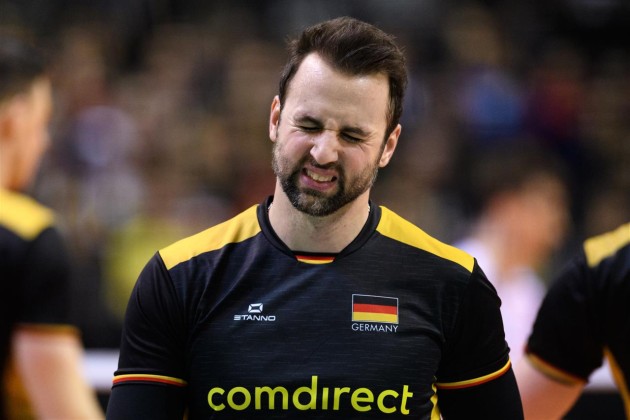 Let’s start with the older one – German Georg Grozer. The 35-year-old opposite hitter implied in interviews prior to and during the European Qualifier at home in Berlin that it will be his last action with the national team in case Germany don’t go to Tokyo. No matter his team failed to secure a berth in the 2020 Olympic Games, Grozer was a true hero of the nation.

He was suffering from a calf injury before the final match against France, due to which he missed one encounter in the pool stage. After having just recovered, in a decider, he landed on the feet of his opponent Nicolas Le Goff after a spike and had injured his knee. However, Grozer continued to play with a bandage and under the influence of painkillers and was the top scorer of the match. But it did’t help Germans to qualify for the Olympics. 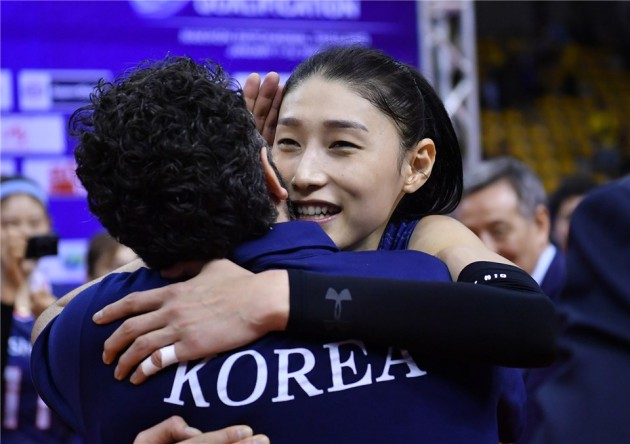 The other hero was Kim Yeon-Koung. The loyal soldier of the South Korean Women’s National Team, has played 5 international tournaments in the last 8 months (2019 Volleyball Nations League, 2019 Intercontinental Olympic Qualifier, 2019 Asian Championships, 2019 FIVB World Cup, and 2020 Asian Olympic Qualifier). In addition, the 31-year-old Kim played the 2019 FIVB Club World Championship and the beginning of the 2020 CEV Champions League. We don’t count home tournaments with Eczacıbaşı VitrA, Turkey. The exhaustion has led to and abdominal pain during the match against Kazakhstan in the pool stage of the Asian Olympic Qualifier in Nakhon Ratchasima, Thailand.

She was diagnosed with a torn of abdominal muscle and missed the semifinal match against Chinese Taipei. However, the South Korean captain reappeared in the final match against Thailand and was brilliant in the win that secured a Tokyo berth to her team. After the game, she admitted that she didn’t feel well and that she played after previously taking painkillers. Just like Grozer.

Are they heroes or what?

Composition of pools at Tokyo Olympics determined: Pool B is hellish in both competitions

CHN W: Tianjin win title, doing it the way no other team in China has done it before

No words for those 2 heroes. Certainlly, I would say thank you both players. Thanks a lot.

Volleyball Betting Strategies in the UK: 5...