Łukasz Szarek – “We tried different setting, it did not work out”

In the last match of the Plus League coach Radoslaw Panas was looking for different solutions. He made some substitutes in a Indykpol AZS Olsztyn’s match against Wkret-met AZS Częstochowa. Łukasz Szarek replaced Bartosz Krzyśk. 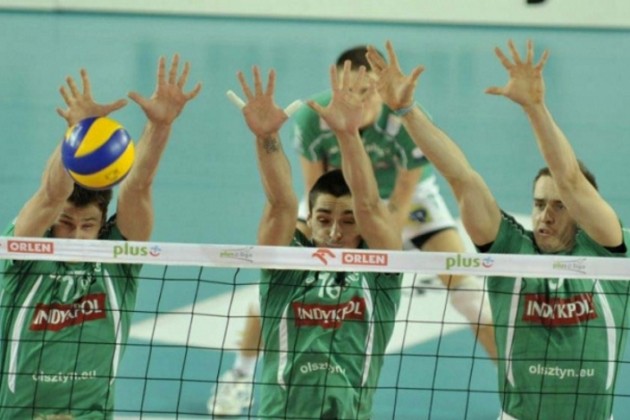 In a match against AZS Częstochowa you have been the weaker rival. What happened in that meeting?

Luke Szarek: “Certainly our goal was not a game in the play-outs. We knew that it would not be an easy game. Częstochowa came without any complexes, completely at ease. In my opinion, they were more anxious for the victory. We will show, however, that we deserve the ninth place”.

In Częstochowa, they say that you were the favorite before the meeting. Do you think that this may have contributed to the fact that they played more relaxed?

“It seems to me that it does not matter anymore. People say all sorts of things before the game, but it really takes place only their heads. As I said it looked like they just wanted to win more. We tried different settings, it did not work out.”

Recalling the previous matches – the Saturday’s meeting was less crowded.

“Yes, there were less people in the hall, but still faithful fans came to watch. Of course, we felt their support, and that if there were more people, then we would have played better. I do not know, maybe so and maybe not.”

Check out our After sport’s career section, every Thursday a new story! Next time read about Romario de Souza – From field to Congress, soccer star leaves his mark.