EXCLUSIVE FOR WOV: Mark Plotyczer – “There is no progress in British volleyball”

Mark Plotyczer is the receiver of German Moerser SC. In an exclusive interview for WorldofVolley, he speaks about his life in Germany and about British volleyball. He is quaite disappointed with volleyball situation in Great Britain... 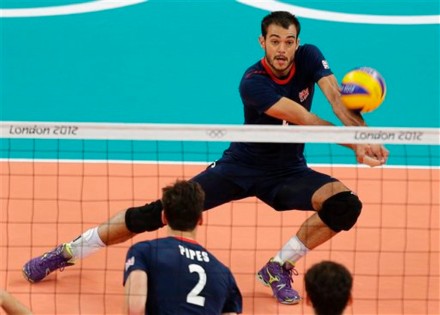 Are you satisfied with your performances in Moerser SC?

What is the Moerser’s goal for this season?

“Qualify to the playoffs in the top 5 teams.

Have you got used to living in Germany?

Yes, life in Germany is good; Moers is a nice place to play volleyball.

Mark, let’s talk about volleyball in Great Britain. Is there any progress in British volleyball after Olympic Games in London 2012?

“Not at all.  The national team was finished due to funding cut straight after the Olympics.  It was a great disappointment as we had improved so much and built a solid team after 6 years of hard work.  The Games were not granted for us as many think and all the players had to go through a lot of difficult moments for the team.  Words like “legacy”, “inspire a generation” and “biggest team” were used as marketing for the Olympic Games.  Now, there are only 3 professional players still playing.  I watched some of the World championship qualifications and saw teams that we had beaten qualifying and it still makes me very sad to talk about it… as I had in mind a completely different scenario.”

Imagine that you are the president of British Volleyball Federation. What changes would you make?

“On top of that, the BVF (British volleyball federation) closed and the EVA (English volleyball association) decided not to continue with a national team. I would have tried to look for private sponsors and not depend exclusively on the government.“ 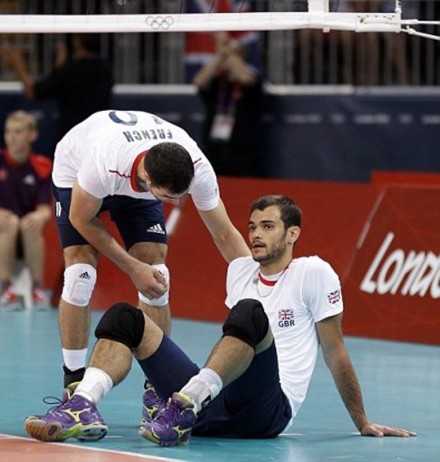 What was the toughest decision you ever had to make?

“When I was 19 I made it to the main 12 roster of my team in Brazil to play the ‘Superliga’, but I decided to take the proposal of the BVF to move to Europe and Join the British team on the Olympic program.”

Who has inspired you in your life and career and why?

“In my life I have all my family as inspiration as they were always very honest and hardworking. In my career I was always inspired by my father and also by the Brazilian National team coach Bernardinho. I read all of Bernardinho’s books and he always says that the preparation is the most important part of all the process (winning) and you need to have/find “fire on your eyes” to play…”

Do you have any message for the fans all over the world?

“As an athlete, it is fantastic to receive the support of honest fans, it is a big reward that we players have in the games or through social networks…a big thank you to everyone that have ever supported and helped me and other players in our jobs.”

“I see The Worldofvolley website fully committed to volleyball community.  I access it almost every day as it gives direct news about scores, players and teams. It’s difficult to find a website (and twitter) with such dedication to our sport!”

What are your suggestions for British volleyball federation? What should they do to make a progress? Share your thoughts on WoVForum.

RUS M: Dinamo and McDonalds together for children