EXCLUSIVE FOR WoV: Bojan Janić – “Season in China was like recreation for me”

Former captain of Serbia and player of many powerful volleyball teams in the world, Bojan Janić enjoys in Romania and his new club Tomis Constanta with which he stands on the top of Pool A in CEV Champions League. 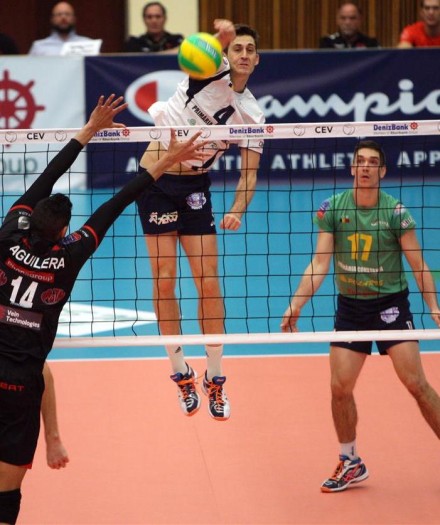 Tomis Constanta is also the leader in Romanian league:

“I didn’t expect not only to be first in Champions League but also to be on the top of the domestic championship. During the season we had problems with injuries, tiredness but we did it. We lost only two points which is more that good” explained Bojana situation in Romanian league and added something about Champions League:

“Honestly, I couldn’t imagine this situation in my wildest dreams. Our goal was to take six points in four matches but we have 10 with all wins. We hoped that we will take point or two against Piacenza and after that fight with Knack Roeselare for the second place in Pool, but we made something incredible.”

Your appetites are bigger now?

“For sure, some people from the club already make plans for the next stage but I prefer to be realistic and to think from day to day. First, we need to play against Lugano and win, just to secure the first place. After that we will see”.

“Honestly, in China I felt like I didn’t play for a year. The level of Chinese league is poor, I felt like I made pause, I sometimes went on practice, not like I was playing some serious league. I really missed quality volleyball so now I am very happy and I really enjoy”

So you want to say that we have a wrong opinion about Asian volleyball?

“No, I just say that volleyball in China is bad. For sure in Japan and Korea is much better because they practice a lot and foreigners are the main players. Yes, we also were the important players on the court but we practiced only hour or hour and fifteen minutes, if we wanted. That was situation last season in Shanghai but maybe it is different now because they changed coach, I don’t know. For me last season in China was like a recreation.”

Your plans for future?

“I don’t have idea, I just enjoy. I don’t think about future I just want to play this season as good as possible with good results and that’s it. I enjoy in every training, game and day, and I even don’t know will I play volleyball next season”

Have you ever thought about what will you do after volleyball?

“After volleyball – volleyball. I have idea to be a coach. I’m thinking about that last four-five years but that is still only in my mind. We will see because I don’t know when I will stop playing” concluded Janić.

Mayor of Urmia about Marouf and Zenit: “It is like football player is going to Bayern Munich”