POL M: Wojciech Drzyzga – a team ready to fight for the highest goals

"The team is ready to fight for the highest goals. They have a right to dream" Drzyzga said. 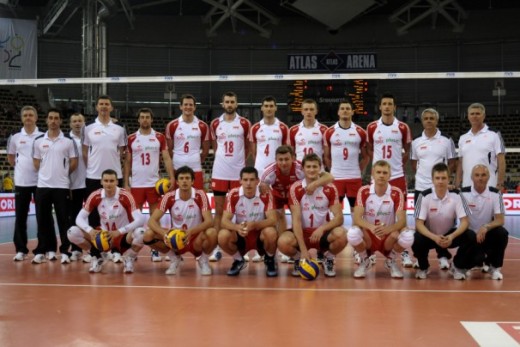 – Exactly. Way of playing, efficiency, motor automatism, which the team possesses, the ability of selection of volleyball was surprisingly easy. In order to play reasonably, wisely, as our team is playing you have to be focused all the time. In volleyball you need to adapt. In my view, the team is ready to fight for the highest goals. They have the right to dream. We have 50/60 percent chance of winning medals, and to win the gold, 20 percent. This is a very high rate. We thus prepared the team, supported by its good performance last season.

– There is much talk about groups being weaker or stronger. Looking at the group A, the white-red are in the group with weaker opponents. Do you think that Poland has a weaker group? Does each team actually have a chance to win a medal?

– Not every team can win a medal at the Olympics. However, there are several teams with which it has to be reckoned with. At the Olympics it will not be an easy match against Brazil or Italy. Indeed, we have an easier group that we should go to the next stage. From six teams four advance, so there is no other option, we must advance.

– What is the strength of the Polish team?

– We have a compilation of experienced players and young people with considerable experience in middle age such as Mozdzonek and Winiarski. There are temperamental players like Bartman and peaceful like Nowakowski, Zygadlo.

– In 1980, you participated in the Olympic Games in Moscow. What are your memories of these events?

– I went to the Olympic Games as a young man. I well remember that, before the first match a man almost forgets his name. Keep in mind that the Olympics are not a difficult tournament in terms of sports – I mean the intensity of the games. But as regards the pressure is much more difficult.

– No match at the Olympic Games will be easy. There can be no relaxation.

– The Olympics is a beautiful festival of the entire sport, but athletes can’t participate in it. You have to concentrate solely on their discipline. There is no time to take the team on tours and sights of London, watching the struggle of swimmers or basketball. Of course, players can meet other athletes in the cafeteria, but soon have to forget about it.

– In that case, what would you advise the team before their first match at the Olympic Games?

– I think that they don’t need any council. They’re working hard. They played various tournaments. Maybe a tip for young people to stick to the older and listened to what they say. Don’t make calculations. The psychology of sport lies in the fact that we focus on the next step. Do not think about the fifth, sixth, etc. How it will work if it all goes in the right direction. We have to play our best against every opponent.

FRA M: FFVB officially announced that Avignon will play in the Ligue AM

Ivan Zaytsev’s side of the story –...