Daniel Castellani for WoV – “I was not expecting that”

A few days ago, the Italian team Perugia decided to replace the head coach. They parted ways with Daniel Castellani and appointed Slobodan Kovač. In an exclusive interview with WorldofVolley, Castellani has spoken about the situation in Perugia. 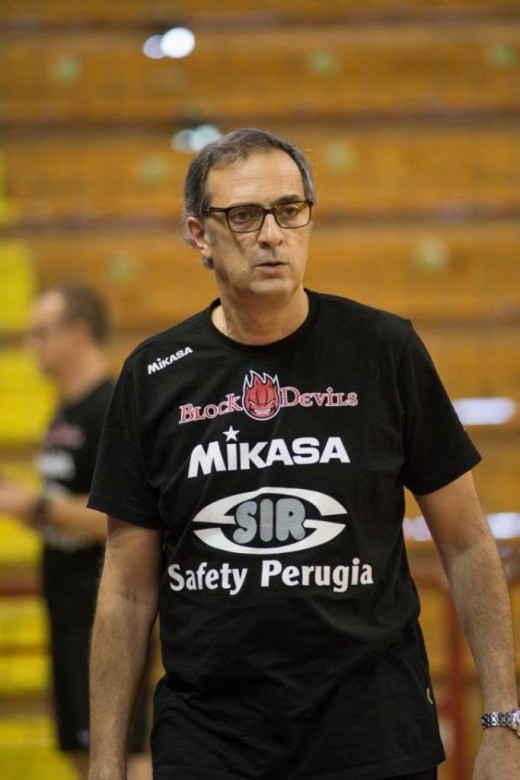 Did you expect termination of contract with Perugia?

“I was not expecting that, but I’ve heard that the board had already signed a contract with other coach. The atmosphere in the team started to become difficult. I did everything possible to create the play and the identity of the team during these weeks. Day after day it could be seen that the performance of the team was getting higher and higher. It was normal process because a lot of players came three days before the start of the championship.”

Are you surprised with the decision of Perugia’s board?

“No, I was not surprised because I realized that my volleyball philosophy and philosophy of the president were very different. We had a deal and I respected the deal…”

What they have told you? What was their explanation regarding contract termination?

“The president communicated to me he admires me as a person and as a coach, but since he invested as much as some other clubs (modena) his team in this moment has 5 points less than them.”

Obviously, they negotiated with Kovač behind your back? What’s your opinion?

“The president had an agreement with me, both economic and moral. The team was playing better and better each day, players were sharing the same ideas with me and were satisfied with the work. Obviously, after the second round of the championship everything was already decided, new coach was arriving in Perugia. I have received many messages from the coaches and clubs from all over the world, showing me support and fury. And that does not have a price.”

How do you rate the results of the team under your control?

“Last Sunday we played in Modena to play for the first place in classification, in the whole season we won 10 and lost 3 games.”

What’s your next move in coaching career?

“What I’ll do now is to spend time with my friends and my family” concludes Castellani.