Giovanni Guidetti for WoV: “National team has to be the place for players that performed the best during the season”

As we already published today, the Turkish Volleyball Federation /TVF) announced the names of 29 players who will be at the disposal of women's national team head coach Giovanni Guidetti. It was the main reason to ask an Italian expert for an interview. 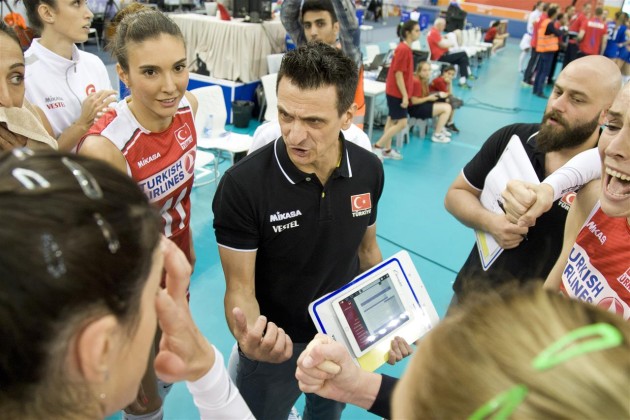 One of the best volleyball coaches in the world in the last few years spoke bluntly to WorldofVolley.

Can you tell us something about the list of 29 players which was announced by the TVF?

“First of all, I must say that I made a list with all the players that: A) or played better in the last Turkish league (not only in the 1st league but also in the 2nd league) B) or are young and talented! Slowly, I am trying to change the mentality of the Turkish young volleyball players. Who wants to play in the national team has to play during the winter, and play well! Period!” Giovanni Guidetti, the head coach of Turkey, explained and added:

“The young players in Turkey, also under bad suggestions from their managers, prefer to sit on the bench of the big teams for big money instead of playing and learning in lower level teams or in different European leagues, and then, they come to the national team to play and gain experience. This is wrong! The national team has to be the place for the best players, not the place to give experience to young players who prefer to sit on the bench and have big contracts instead of playing!”.

Like alway, you will have a very busy summer so, will all players have the chance to play for Turkey?

“You will see: from this list of 29 players, I will play the Volleyball Nations League mostly with the players that played the league! I will give chance to players who are not big names but who played very well in the last Turkish season! The experienced players that are in the list like Gozde, Neriman, Naz, and Neslihan are not in the FIVB 25-woman list, but the Federation wanted to add their names because they all had a great season!” said Guidetti and once again emphasized:

You said that you wanted only players that played in the league, but in the list, there are also many players like Hande, Tugba, and Ilkin that didn’t play much …?

“Yes, you are right. But those young players that didn’t play the league, they will not play the VNL or most of it. But of course, I need to take care of the young generation. They have to understand that 5 months in the summer with the National team are, of course, important but not as 7 months in the winter with the club!” 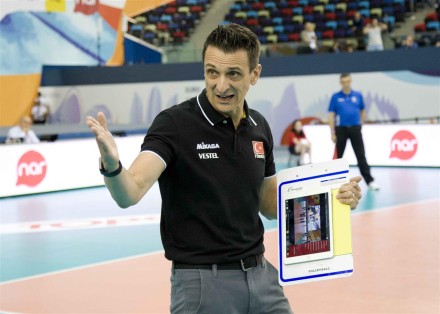 As you said, Turkey will have the younger team than last summer, so what do you expect at the upcoming competitions?

“It will be a very tough summer for us! We are a very young team, we lost more than 50% of players from the last European championship and the most experienced… for sure it will be a summer of sufferance and learning”

Vakifbank is on a good way to defend the title in the CEV Champions League. How realistic is that? And what do you think who will be your main opponent for the title?

“It is realistic! We have to win one more game against Volero in Istanbul (and for sure we can) and after that facing first Conegliano and then Novara or Galatasaray. We know very well Galatasaray and they can always be very dangerous if they are in a good physical condition. Novara and Conegliano both play a very good volleyball; they have power, quickness, experience, and great technical quality. I am pretty sure that the final of Champions League will be again between Italian and Turkish teams. For sure, it will be very tough, but to win Champions League it has to be tough! Is true that Vakifbank had three Champions League cups, but we never won two in a row and this is our big challenge!” Guidetti was honest as usual.

In the end, when we talk about Turkish league, in your opinion, who will play the final and can Vakifbank come to the new title?

“As for the Turkish league, I believe the final will be between Vakifbank and Eczacibasi but, of course, Fenerbache and Galatasaray have the power to change this idea! Eczacibasi looks very strong this year but Vakifbank always play to win!” Giovanni Guidetti finished the interview in his style.

KOR M: Skywalkers take lead vs. Jumbos in finals as they prevail in marathon Game 1