Marco Aurelio Motta for WoV: „Who wants to be Champion need to beat us three times!“

Besides the great players which Eczacibasi VitrA have, the big success of the club was also contributed by a great coach Marco Aurelio Motta who came to the club at the beginning of 2017/2018. 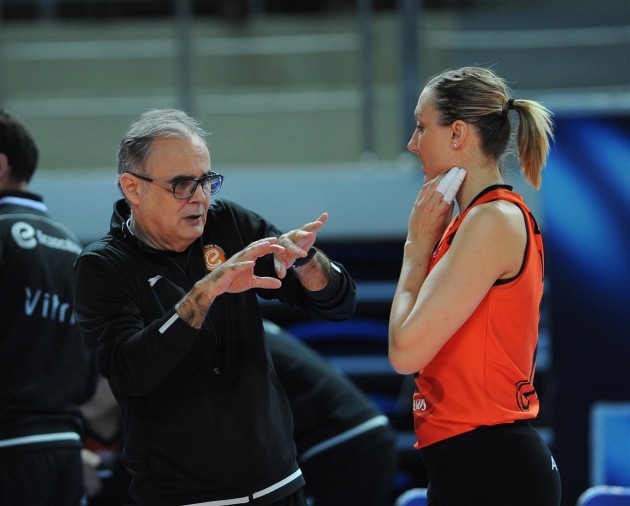 Eczacibasi made some changes in the composition compared to last season, but it turned out that this was a right combination. They won silver in the Turkish Cup but what is more important, qualified to the final of the Turkish Championship and CEV Cup.

WorldofVolley made an interview with the coach Motta who brought much happiness to the club.

In this season Eczacibasi play on the very high level. You secured the final of the Turkish Championship, what do you expect?

„When we started the season we promised to our Board of Administration and fans a fighter team. Eczacibasi Sport Club deserve our best because they are investing in the last 52 years private money in volleyball. We are confident. Who wants to be Champion need to beat us three times!!! We don’t give up and we will go to fight for every point, set and match in the finals.“

About the opponents in the second semifinals the coach of Eczacibasi said:

„We did not choose the team against who we will play in the final… Vakifbank were favorite against Galatasaray because they play for a long time together in the club and National Team with the same coach. They have four players which are holders of the Turkish National Team.“

„Of course… Our players have growth physically,  technically and mentality during this season. We are ready to play against them. We are proud of our performances as a team for the efficiency and regularity during the season.“

What was missing in the previous years and now you own for the title?

„I’m not in a club in the previous years. Therefore I’m not the right person to answer about what was missing. I can speak for myself that my adaptation was quick because I already knew the club, the players and the atmosphere of Turkish volleyball. So it was easy for me to distinguish the real facts from any kind of manipulations. I was confident from the start of the season because I work in one of the best clubs in the world with extremely talented players.  We don’t look around and just focus to improve their performance. We work hard to play a high-level volleyball “day by day”. We create synergy between us (Board, Management, staff, and players) in an environment of mutual respect and trust.“

In this season you also played very well in the CEV Cup and you reached the final. What can you tell us about that and your opponents Minchanka Minsk?

„Minchanka Minsk has a mix of experienced and young players.They play as a team without an individual standout. All players actively participate in the attack system and also score throughout matches. They have a great identity because they play together in the club and the National team“ explained at the end of the interview, Marco Aurelio Motta.