Veljkovic for WoV: “With four titles from four seasons, it’s time for changes”

Stefana Veljkovic, one of the biggest volleyball stars in Poland, has closed her four-year participation in Chemik Police with four titles, two Polish cups, and two national Supercups. 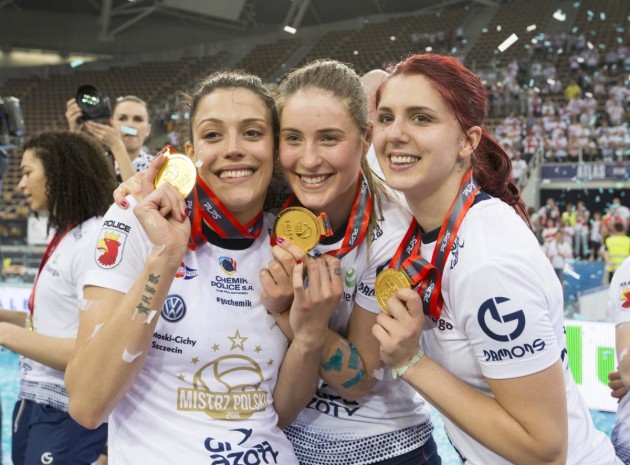 In four years which she spent in Poland, she won all the trophies and in this season even 7 awards for the MVP of the match, so it’s time for changes.

Clubs from Turkey and China, but also from Poland, have presented their offers, but it seems that she decided to move to Italy for season 2018/2019.

“Honestly, I finished my fourth season with a new title and when you achieved four titles from four seasons then it’s time to change something,” said Veljkovic who sincerely talks about her life in Poland:

“It was really beautiful. Four years is not something that I will forget and Chemik has become my new home. The atmosphere and the people in the club were phenomenal, starting with the president, staff, coaches, players … It was really nice and it’s even nicer when you know that you won all the titles.” (see her stats from the last few seasons)

We heard that you will return to Novara where you played for three seasons?

“I still didn’t sign anything. I have some offers from Turkey and China but I will for sure go to Italy. I like Italian league especially now when it has become strong”.

“Yes, I got two free days and on Friday I will already be in the training with all Serbian girls. The Polish League was finished last if we do not count on the Champions League that will be played for the weekend. I will rest and then prepare for new challenges. This summer we will participate in the Volleyball Nations League, something totally new and then at the World Championship. We will have a busy summer as usual and I really hope that we will continue in the good rhythm since last year when we won European Championship” finished Veljkovic the interview for WorldofVolley.