Since many people asked us about the new association that has been recently founded (ACPV) we’ve decided to contact a volleyball legend Ivan Miljkovic, who is currently having a role of General Manager of the ACPV. 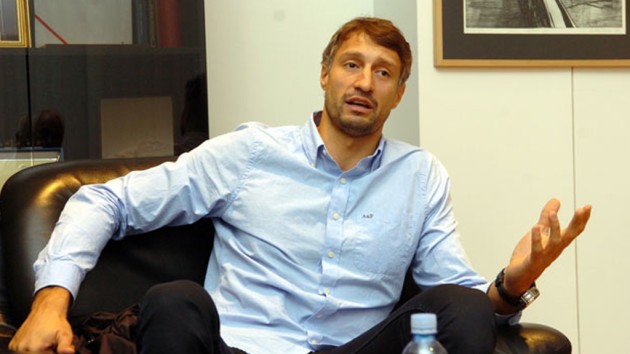 The most interesting thing we would like to ask you at the same beginning of the interview: is it true that the ACPV wants to create a private league in volleyball? The whole volleyball community is talking about that recently and it looks like you are in the same way as football is. Tell us about that

“There has been a lot of rumors about the ACPV and the intention of creating a first private competition for volleyball. I must say that any comparison with the future Superleague in football is not true. I am very sorry to say that for volleyball, but at this moment many things in volleyball Champions League are far away even from the current UEFA Football Champions League than you can imagine how far the volleyball is from the potential football Superleague (that league might not even be created). I am sorry to read and hear totally wrong information. That’s why I thank you for the possibility to explain the real mission and the ideas of the ACPV,” says Ivan Miljkovic, General manager of ACPV.

So, what are the ideas of the ACPV?

“The mission of the ACPV is to help professional clubs and clubs Volleyball grow organizationally and financially. The ACPV is protecting the rights and interests of its members through a friendly dialog with all the volleyball institutions. We consider the players and the clubs as the basics of volleyball. There are the same associations in football (ECA), basketball, handball (Handball Forum) and ice hockey for more than 10 years working closely with their federations.”

Are there any similar associations in other sports and how are you organized?

“Just like I said before, in football there is ECA and also the European Football League Association that collaborate closely about many common issues. They are also recognized and take an active role in the UEFA and together with them in FIFA, especially about the international calendar. I hope we will achieve the same with the Volleyball Leagues Associations and work together for the interest of volleyball since there are many common issues. The ACPV is more related to the international and we leave each country or its league to deal with the national questions.”

How do you see your next steps?

“The idea is to start the friendly discussion with the FIVB and CEV about many problems that concern volleyball clubs today: recognition of the professional contracts between the professional players and clubs (the agents are already recognized inside the FIVB Financial Regulations, but the clubs and players are not), ITC which is now on an authorization basis, and then the things that follow from that: international calendar, insurance for the players, recompensation for the clubs for sending players to play for the national team, etc. Nobody wants to take anything from anybody, but simply to modernize and modify the current system and create an additional value to everybody involved: players, clubs, agents, national federations, the FIVB and the CEV. That’s what our members ask from the ACPV and always insisting to do it in a friendly dialog and finding a solution acceptable for everybody. We have already the solutions prepared for the discussion.”

You said about the international issues. What about the European Champions League? Is this competition inside your agenda?

“With the team of experts, the ACPV is also preparing the document how to modernize the current top volleyball competition in Europe always inside the rules and the regulations of the CEV and the FIVB. The idea is, besides the sponsors, to include also the potential INVESTORS (banks, investment funds or private investors) who recognize volleyball as an interesting sport to invest in. For the volleyball that would bring more interest and more media coverage, and could bring to all more benefit than before. Especially to the clubs to reinvest back to clubs’ volleyball.”

What is your current work as a GM of the ACPV?

“Lately, as a General Manager, I am working hard on spreading the word about the ACPV and informing people and clubs about the existence and our work. The response from the people is good and hopefully, the clubs can recognize the ACPV as a forum, a place for discussion and suggestions on how to modernize and shift clubs’ volleyball to another level. The association is not only for volleyball clubs and leagues, people with good ideas as also welcomed. We could just be more #StrongerTogether,” says for the end of the interview, Ivan Miljkovic.

TUR W: Can anyone take set from Eczacibasi? Vakifbank without Zhu Ting score a win