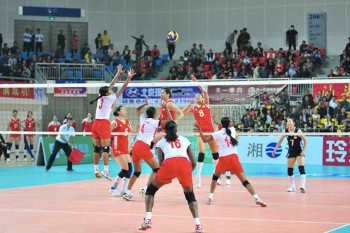 China with an easy win

We wrote “huge victory” of Kazakhstan because it is expected that this team will fight with China and exactly South Korea for that two places which are left for World Championship. And, Kazakhs managed to beat one direct opponent.

First set belonged to Koreans, but how the match was progressing Kazakhstan played better and better and won three sets in a row.

There is not much to say about the other game. China just showed how much better it is from New Zealand. It is interesting that the loosing side collected only 18 points for the whole game.

Fitness: How to stay motivated?

VELUX Fan Zone is the place to be at Parken stadium