The DOL for the Playoffs 12 was held under the supervision of Mrs. Riet Ooms, President of the European Cups Commission (ECC). 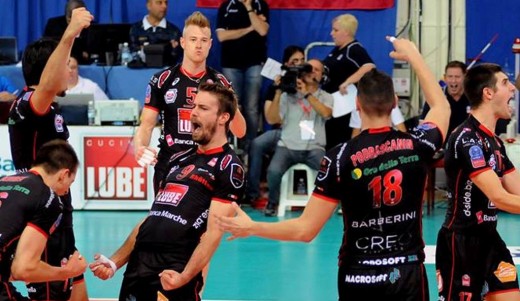 Mrs. Ooms drew the 12 teams qualified to the knock-out phase making sure that – as per the Official Regulations – only two teams from the same country can make it to the Final Four tournament and also by avoiding that clubs from the same preliminary group will be playing each other in the Playoffs 12. The teams ranked first at the end of the League Round will play their second match at home.

The draw for the men’s Playoffs 12 reads as follows:

The Playoffs 6 scheduled for early February will determine the three teams that will join Halkbank ANKARA in the Final Four tournament coming up on March 22-23, 2014.

The DOL for the Challenge Round of the 2014 CEV Volleyball Cup slated for early February was also carried out on Thursday morning. The four teams qualified to the Challenge Round through the CEV Cup 1/4 finals will be known in January. The results read as follows:

The semi-finals are scheduled for February 25/26-March 1-2 with the final stage of the competition following then from March 26 through 29.