The defending champions Vakifbank will travel to Baku to play Playoffs 12 match against Igtisadchi. 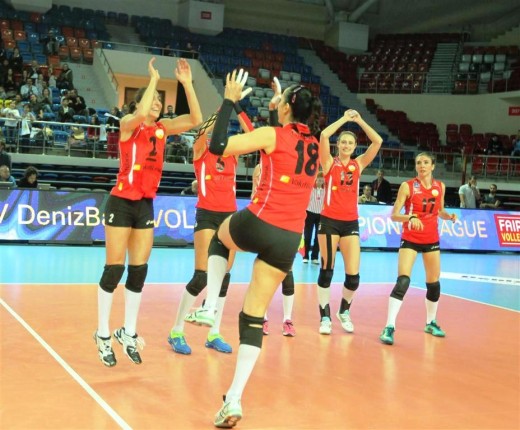 The draw for the Playoffs 12 scheduled for January 14-16 (home matches) and 21-23 (away matches) reads as follows (teams listed first in the ties reported here below will play the first match at home):

The Playoffs 6 will then follow in early February (home matches: 4-6; away matches: 11-13) before three teams eventually join hosts Rabita BAKU for the Final Four tournament.

The DOL for the Challenge Round of the 2014 CEV Volleyball Cup slated for early February was also carried out on Thursday morning. The four teams qualified to the Challenge Round through the CEV Cup 1/4 finals will be known in January. The results read as follows:

The semi-finals are scheduled for February 25/26-March 1-2 with the final stage of the competition following then from March 26 through 29.

Zaytsev and Volkov about match Zenit vs Lube

IMPOSSIBLE – Player scored by backheel while...