Zaytsev and Volkov about match Zenit vs Lube

After an astonishing comeback of Zenit Kazan against Lube Macerata in sixth match of the CEV DenizBank Champions League, team of Vladimir Alekno has showed that they are ready to take a medal. 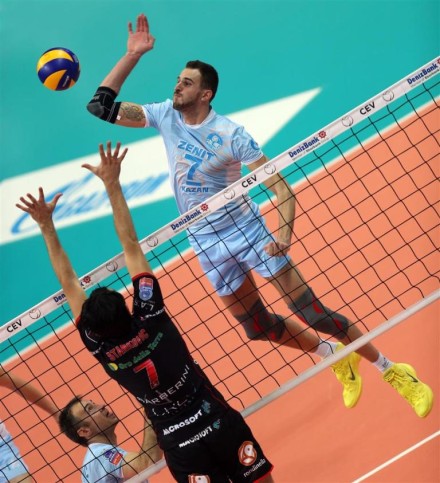 “The match was very tense. Unfortunately, in the decisive moments the referees failed to interpret correctly some controversial points and decided not in our favor. That considerably affected the final result. Zenit KAZAN players really misbehaved and were constantly provoking us. As a result, they achieved their goal” said the captain of Lube Banca Marche MACERATA Ivan Zaytsev after the match.

On the other side, captain of Zenit was more than satisfied:

“The two opening sets were absolutely disastrous for our team since we failed to play considering all the fundamentals. Our rival, on the contrary, was undoubtedly good at ball reception. Moreover, we could do nothing to stop Ivan Zaytsev who killed all of his attacks. At the outset of the third set, we started serving pretty well and since that moment we began to play our Volleyball. I’m glad we have won. I suppose that this terrific game pleased the audience and left unforgettable impressions” said Alexander Volkov.