Halkbank ANKARA and Rabita BAKU of Azerbaijan are the hosts of the men’s and women’s Final Four tournaments that next March will cap the 2014 edition of the CEV DenizBank Volleyball Champions League. 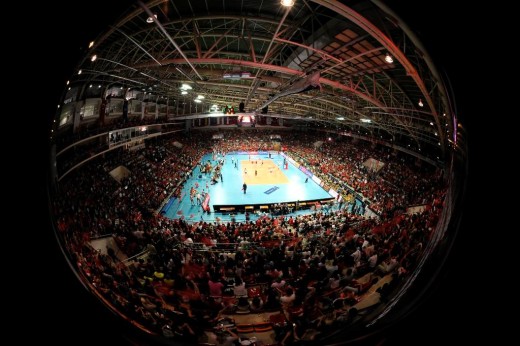 The venues of the Finals were announced on Thursday by CEV President André Meyer only a few minutes before the start of DOL for the Playoffs 12 of Europe’s elite club competition.

The magnificent Crystal Hall, the venue for the 2012 Eurovision Song Contest, will welcome the local heroines of Rabita BAKU and another three world-class teams for the women’s Final Four that is scheduled for March 15-16.

The men’s Finals will then follow through March 22-23 in Ankara; the final act of the men’s competition will be taking place in Turkey for the very first time since the inception of the CEV Champions League in the 2000/2001 season. The venue will be the Baskent Volleyball Hall (see picture) where many other top international events have taken place in the past years.

The winners of this year’s CEV DenizBank Volleyball Champions League will get the right to compete at the next edition of the FIVB Club World Championships scheduled for May 6-11, 2014.

Getting to know: Felix Koslowski the youngest head coach in CL

Poland moves to 7-1 with victory over...