According to Universum volleyball agency, famous Russian coach Vladimir Kuzyutkin will head women's national team of Bulgaria. The agreement was reached during negotiations with the Bulgarian Volleyball Federation, that took place on February 25, 2014. 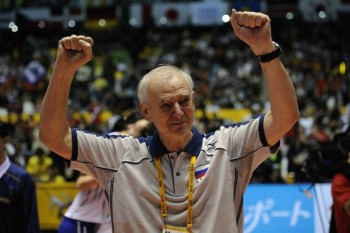 On this new duty, 67 year-old specialist will replace the Italian coach Marcello Abbondanza, who joined Bulgarian team in 2012. Abbondanza had some disagreement over coaching staff with Federation which eventually resulted in parting ways.

Vladimir Kuzyutkin started to coach Russian team in 2009, and after a year team had won gold at the FIVB World Championship. After team’s unsuccessful performance on CEV European Championship 2011, Kuzyutkin has resigned. The coach has a lot of experience in traing both men’s and women’s teams, including women’s Eczacibasi (Turkey), Dinamo (Moscow), Omichka (Omsk) and men’s Belogorie.