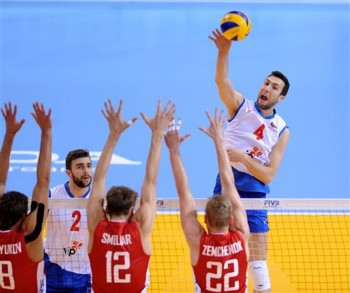 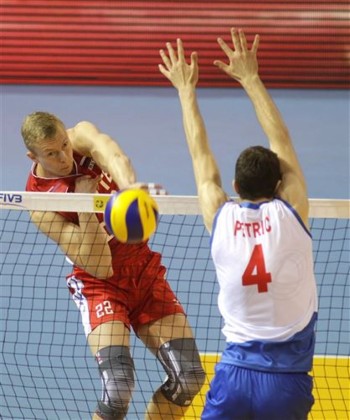 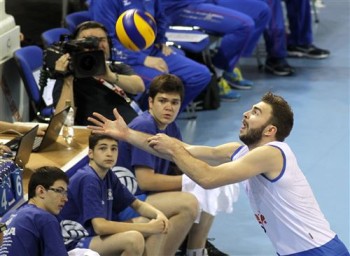 It has all started with famous Russian block. Away team had its most powerful weapon on fire, and immediately started to use it for making points. At the first TTO Russians already had double lead (4-8), but thanks to very inspired Petrić, home side managed to decrease the deficit to 13-15.

However, there was no turnaround. Olympic champions have once again tuned on the engines. Biriukov was unstoppable (7 points in first set), the lead started to grow… 15-19, 17-22… Until the final 21-25.

The following set was for domestic crowd. Russia took the opening lead (4-7), but it was short timed. Soon it was 9-9, 12-10, 17-14. Actually, we will start describing you this set from 17-16. Away team has just scored two points in a row and was in a good momentum. However, Nemanja Petrić’ momentum was lasting the whole night.

Player of Modena was perfect in attack, and maybe even better in block. Lisinac added important one on one block… You can see the score… Serbia let Russia to make only two more points until the end of the set. And, just too complete the show for the crowd – Atanasijević finished the set with an ace!

Fans in the Arena were on their feet, and their joy continued as Serbia opened the fourth set with 6-0! Squad of Igor Kolaković was amazing in that moments. Everything worked as they planned, Russia had no proper answer. The winner has been decided long time before the last point.

MVM: Japan vs Brazil for the 5th place

WL: USA and the sport of volleyball...