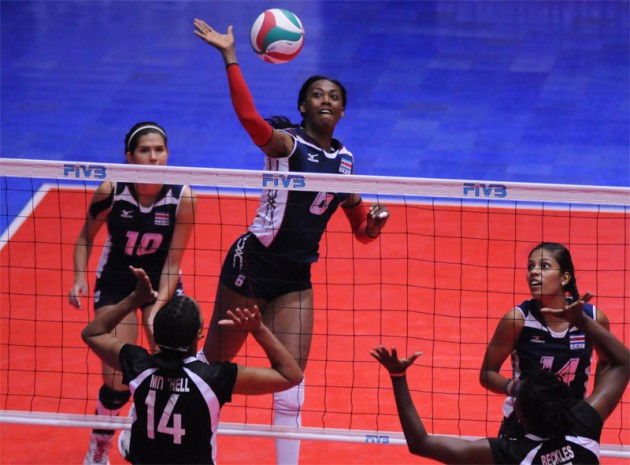 Verania Willis recorded 22 points to lead the offense of the Central American side. She was aided by Angela Willis and Karen Cope who charted 15 and 13 respectively.

Krystle Esdelle and Rheeza Grant finished with 14 and 13 for the defeated team.

The taller Trinidadians could not capitalize on their 18-11 advantage in the blocking stats. Jalicia Ross and Grant registered 8 and 5 respectively. Costa Rica had a 4-2 edge in the serving aces frame.

“Against a team like Trinidad and Tobago you have to keep the focus all the time because they strong and are going to fight every point,” Verania Willis said. “Fortunately we were able to keep the calm and react in the fourth set.”

“It was difficult for us to maintain the level of superiority after winning the third set the way we did it,” Esdelle stated. “We lost the third set because of the qualities of Trinidad and Tobago and not by our mistakes,”

Costa Rica’s Coach Xavier Perales said. “We need to continue working game by game in this new process of our team.”

“We played a good set but my team was not able to keep the consistency which is necessary at this level but I am satisfied because most of my players don’t have the experience,” Trinidad and Tobago’s Coach Francisco Cruz said.

How to jump higher for volleyball –...