Dominican Republic earned a direct ticket to the semifinals of the NORCECA Women’s Olympic Qualification Tournament following a 3-1 (22-25, 26-24, 25-19, 25-19) victory over Puerto Rico on Tuesday night. 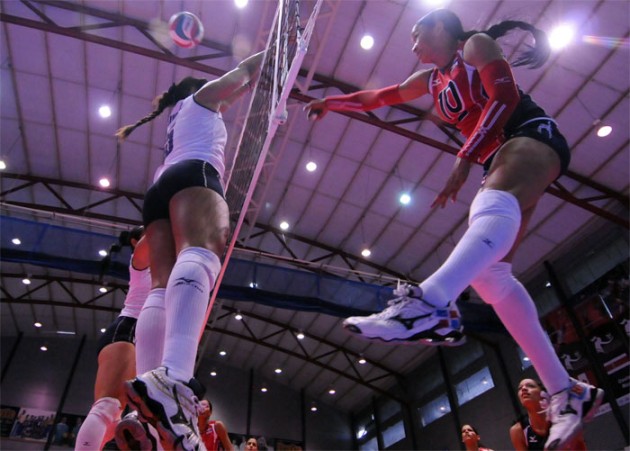 Bethania De La Cruz, who was not included in the starting lineup, once again topped the scores of Dominican Republic with 18 points.  Prisilla Rivera and Annerys Vargas finished with 17 and 14 points while Gina Mambru and Milagros Cabral added 8 and 7.

Aury Cruz led Puerto Rico with 17 tallies and Sarai Alvarez recorded 13 points. Jetzabel Del Valle had 9 and Shanon Torregrosa and Yarimar Rosa charted 8 apiece. The blocking of Dominican Republic led by 8 from Vargas proved to be a big difference as they outscored their rivals 15-9 in that category.

“We are happy with the ticket to the semifinals and three victories despite losing a couple of set,” Cabral said. “No we have to focus in the semifinals.”

“We lost our concentration after le let the second set slip from our hands,” Puerto Rico’s Vilmarie Mojica said. “Then Bethania really hurt us. But the tournament is not finished yet.”

“We have two days to train and study our next opponent,” Dominican Republic’s Coach Marcos Kwiek said. “I didn’t start Bethania because I want to keep everyone fresh.”

“The first two sets were very close and could have gone either way,” Puerto Rico’s David Aleman said. “Our blocking worked fine and we could stop their attack except for Bethania. She is too powerful.”

NORCECA W: Cuba wins Pool B and move to semifinals

Setter shows middle blocker where he should...

Do you know which club ended championship...