NORCECA W: Cuba wins Pool B and move to semifinals

Cuba beat Mexico 3-0 (25-17, 25-14, 25-9) to win Pool B of the NORCECA Women’s Olympic Qualification Tournament while earning a direct ticket to the semifinals of the event. Mexico finished in second place and will play against Canada in the quarterfinals. 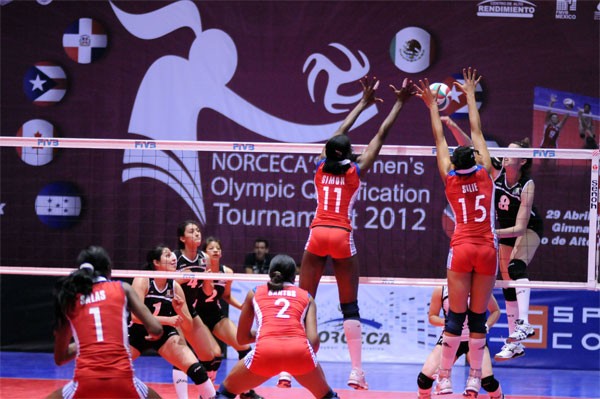 Cuba had a huge 13-1 advantage in the serving aces department and also bested the opponents 8-5 in the blocking stats. Yanelis Santos, who had 9 aces, was the top scorer of the winners with 15 points while Wilma Salas and Rosanna Giel each contributed 11 points.

Alejandra Isiordia was the only player of Mexico who finished the match in double figures with 11 tallies.

Yuisdey Silie, Captain of Cuba: “It was a very quiet match. Mexico is a very young team in renovation. They did things great and we accomplished our tactical goal from the beginning to the end.”

Karla Sainz, Captain of Mexico: “It was a learning experience for us. We failed in reception and faced a very strong opponent.”

Juan Carlos Gala, Coach of Cuba: “Finally we started to improve. We have reached our goal and we have grown in the tournament as we expected. In the first two matches, our team began to show its best in the third set but today we started different just from the beginning.”

Estanislao Vachino, Coach of Mexico: “We tried to do what we could. The difference in the third set was the difference between one team and another. There was no excuse. This was a reality, we hoped to see a lack of concentration by Cuba, but they expressed what volleyball is all about on the third set.”